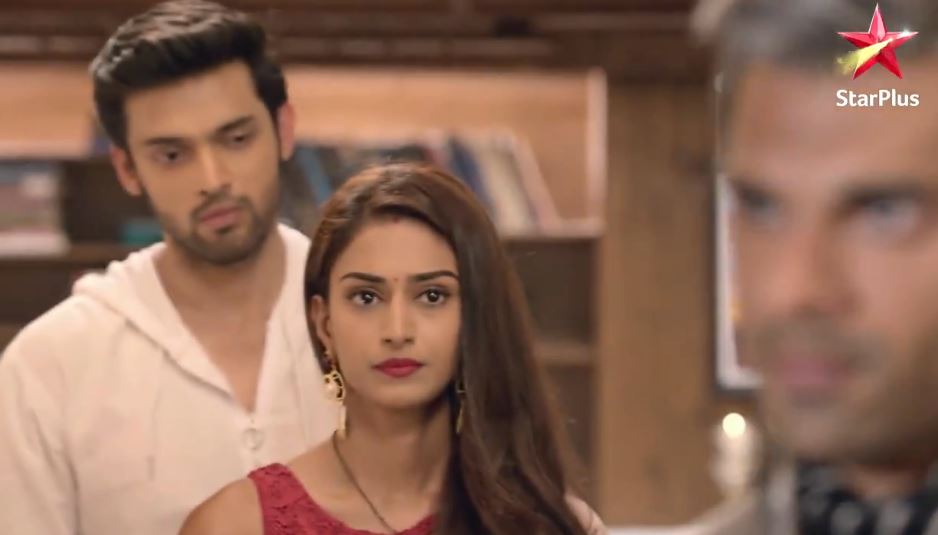 Kasautii Huge row between Bajaj and Basus Prerna feels like shattered on seeing Anurag taken for the operation. A storm of emotions strikes her when she gets burdened in her heart to part ways with Anurag in order to keep her loyalty for her husband Mr. Bajaj. She thinks of Mr. Bajaj who has accepted her along with her coming baby, without any conditions. She wants to respect her promise. Still, she prays for Anurag’s recovery. She loves Anurag a lot, but she can never think of cheating Mr. Bajaj. She begs the doctors to save Anurag’s life. Meanwhile, Shivani reprimands Prerna for putting Anurag in this state. She asks her to spare Anurag before he dies. Prerna slaps Shivani.

She can’t hear about Anurag’s death. Elsewhere, Anupam and Nivedita try to know about Anurag’s whereabouts. They feel that Anurag has changed a lot and now he won’t be the same. Nivedita blames Prerna for this change. Anupam disagrees. Shivani gets against Mr Bajaj. Prerna praises her husband and his unconditional support. This angers Shivani a lot. She blurts the truth that she was present at the accident spot and witnessed Mr Bajaj committing this crime of attempting to kill Anurag.

She reveals that Mr. Bajaj is involved in this accident. She asks Prerna not to blindly trust Mr Bajaj. She asks Prerna not to ruin Anurag’s life and spare him for once. She tells Prerna that Mr. Bajaj had hit Anurag and didn’t regret for his move, he didn’t help Anurag and left him on the roads in the injured state. She asks Prerna to move on with Mr. Bajaf if she wants, but get him punished for his crimes. She expects Prerna to do justice with Anurag, who is fighting his death because of her. Shivani’s long lecture puts some sense in Prerna’s mind, who rages and wants to confront Mr. Bajaj for his evil deed.

On the other side, Mr Bajaj’s conscience awakens and he regrets to not help Anurag. He feels he should have helped Anurag and rushes to the accident spot to enquire about him. He bribes the shopkeeper to get the details. He doesn’t find Anurag there and learns that Anurag’s sister took him to the hospital. He gets relieved that Anurag is in safe hands and would recover. Mr. Bajaj wants to share the accident truth with Prerna. Prerna doesn’t want Mr. Bajaj and Anurag to fight for her further. She feels responsible for Anurag’s state. She sheds tears thinking of Anurag’s wounds. She goes home to question Mr. Bajaj.

Maasi and Tanvi plan to brainwash Mr. Bajaj. When he comes home, he finds Nivedita and thinks Anurag is fine. Maasi instigates him against Prerna. She tells him how Prerna had run out of the house to see her lover Anurag. Mr. Bajaj controls his anger. He soon gets confronted by Prerna. He fails to clarify and accepts that he is behind the accident. Prerna yells at him knowing his crimes. Shivani informs Basus about Anurag’s accident. Mohini realizes Prerna had run out of the house for Anurag’s sake. Shivani breaks the truth that Mr. Bajaj is behind the accident. Mohini doesn’t want to spare Mr. Bajaj this time. She cries for Anurag and gets revengeful. Will Prerna support Basus this time? Keep reading.