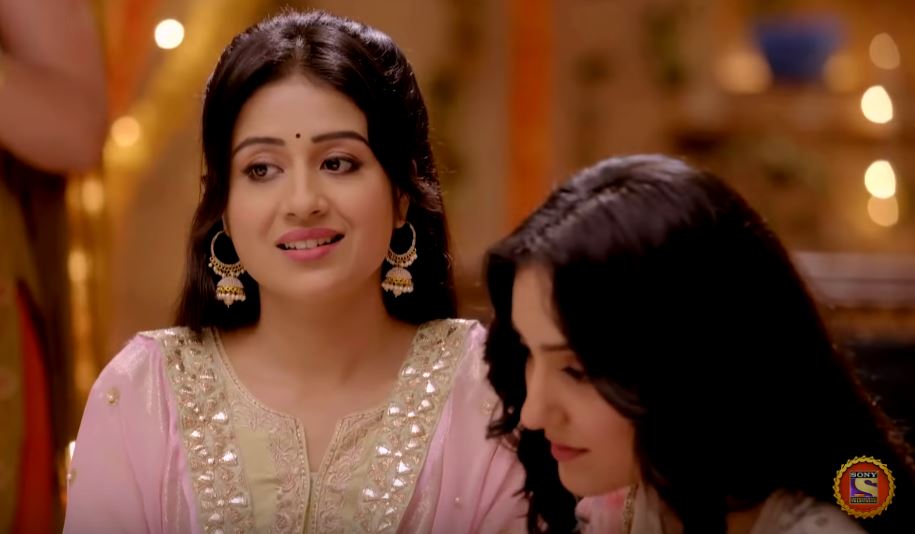 Patiala Babes Hanita Wedding gets a twist Minnie and her friends shake a leg and perform in Babita’s Haldi. Minnie becomes the first person to apply haldi to her mother Babita. She is really happy for the haldi. She wishes nothing dims Babita’s happiness. Babita gets emotional watching Minnie’s great performance. Hanuman and Babita await their turn for the dance. After the grand haldi ceremony, there comes a twist. Hanuman and Babita face a big problem, when the water supply in their house gets cut. The water scarcity gets troubling the couple and also the guests in the house.

Minnie tries to arrange the water. Hanuman and Babita enjoy their haldi rasam. They don’t get any water to take a bath post the haldi ceremony. Hanuman tries to get some water. He wants to provide water to Babita first. Hanuman hugs Mikky, when the latter teases him. Minnie argues with the people to get water for her family. Ashok’s mum is angry that Babita is moving on in life. She feels injustice happened with her son. She is angry that Babita is getting easily spared when she is remarrying. She thinks when Ashok got remarried by leaving Babita, it was a major problem and no one in the society spared Ashok.

She is upset that Babita isn’t facing the society taunts. She doesn’t know that Babita underwent taunts by relatives and known people. Minnie had taken the initiative to secure her mum’s name. Minnie proves to be the best daughter and handles all the matter well. She hopes to handle her Dadi as well. She doesn’t want her Dadi to spoil Babita’s happiness on her big day. She convinces her Dadi to regard Babita as her daughter and perform her Kanyadaan in the marriage. This melts her Dadi’s heart. Also, Minnie arranges water for carrying out the post haldi rituals. She looks ahead for Babita’s wedding day. Keep reading for more on Patiala Babes Hanita Wedding.