Kundali Karan Preeta Bhagya Forever Connect Prithvi tells Preeta that he will be marrying her as decided before. He asks her not to worry about Karan. He makes her sit in the mandap. Preeta sits in shock. Karan stops the marriage from happening. He pours water in the havan kund and declares that the marriage has already happened. Sarla understands Preeta’s pain. She asks Karan to think of Preeta’s respect. She scolds him for cheating Preeta. Karan tells Sarla that Prithvi can’t marry his wife. Prithvi calls it a big fraud. Prithvi asks Sarla to support him. Sarla scolds Karan for his big deceive, to swap the groom and marry Preeta. Prithvi asks Sarla not to accept the marriage.

He tells them that he didn’t cheat anyone and followed his heart. He gets melting Sarla’s heart by his sweet words. He tells Preeta that he loves her a lot, who is the light in his dark life. He declares that Preeta means his world. He apologizes to Preeta that he realized his love much late. He didn’t wish to wait and let Prithvi marry Preeta. He justifies his decision that he has married Preeta by his wish. Preeta doesn’t feel happy. She feels cheated. Prithvi tells them that Karan cheated Preeta too, and she will never accept it.

Karan tells him that everything is fair in love and war. Dadi gets critical while crying for Mahesh. Rakhi runs to call Rishabh. She informs him about Dadi’s chest pain. Rishabh arranges a doctor for Dadi. He gets worried for Mahesh and Dadi. Prithvi tells them that Karan hates Preeta and lying to them to save himself. Karan just wants Preeta to believe him. He wants to get her consent lately. Sarla asks Karan if he wanted to get her consent before. Karan tells them that he knows Preeta will accept his love. He reminds her their love.

He tells her that he has always loved her and couldn’t part ways with her. He breaks down while making an emotional love confession. He tells her that she is always on his mind, he can’t live without her. Preeta’s family gets happy knowing about Karan’s love for Preeta. Preeta doesn’t break her silence. Karan apologizes to her for the wrong way to marry her. He admits his love for her, which was unexpressed for long. He wishes Preeta to not judge him for the one wrong move.

Karan proposes her with love after marriage. Preeta doesn’t answer Karan, while Shrishti feels her prayers got answered. Shrishti was praying for Karan and Preeta’s marriage. She accepts Karan as Preeta’s husband. She gets too happy and asks Preeta to accept Karan’s love. What will be Preeta’s decision? Keep reading. 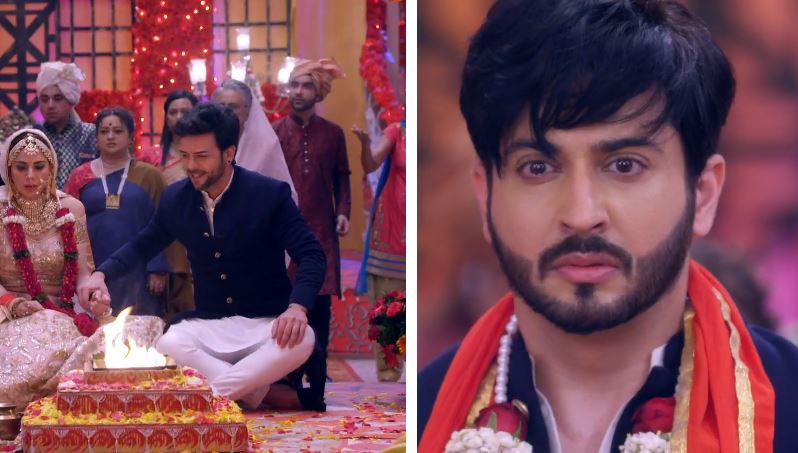