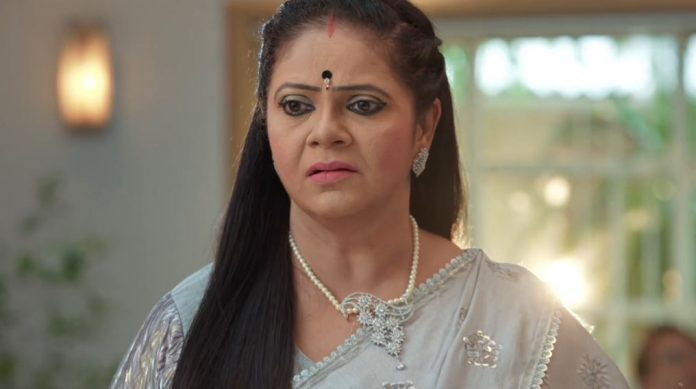 Rishtey Pyaar Meenakshi fears to face the worse Kunal doesn’t want to misbehave with Kuhu. He regrets for badly treating her. He wants to apologize to her, since that’s not real Kunal. He gets disturbed on finding Mishti with Abir once again. He wants them to part ways forever, since he has given a big sacrifice of his happiness just for this aim. He has married Kuhu with an intention to keep Mishti away from Abir. He feels his plans are failing and now even he is trapped in an unwanted marriage with Kuhu. He discusses the divorce proceedings with his lawyer.

He wants to end the marriage soon. Abir apologizes to Mishti. He tells her that his dad used to celebrate Ganesh Utsav and teach him good values. He didn’t wish his dad to go away. He longs for his dad. He gets emotional and shares his dad’s teachings with her. He tells Mishti that he is happy to have her with him in Ganesh Utsav. He hopes to settle down with her and celebrate the festive with her every year. Mishti doesn’t want to leave him and go, when he is emotionally low. He tells her that their families don’t know about their relationship, they should keep it a secret. She tells him that Kunal knows about their relation.

Kunal is much angry seeing them. On the other hand, Meenakshi is stressed about her husband’s return. She doesn’t share the matter with Nanu. She seeks his support indirectly. Nanu understands that something is bothering her a lot. He realizes that the matter is related to her husband. Nanu tells her that he should better share her workload with her sons. Meenakshi tells him that Kunal is already doing a lot, and its Abir who isn’t doing his duties towards the family business. Nanu wants Abir to assist his mum too.

He sympathizes with Meenakshi. He tells Parul that Meenakshi is worried for personal problems, not business. He wants Abir to support Meenakshi, against his dad. Meenakshi is upset that even Parul isn’t supporting her. Parul wants to apologize to Meenakshi and make up for her mistakes. She wants to become Meenakshi’s strength again, unaware that her husband is returning home.