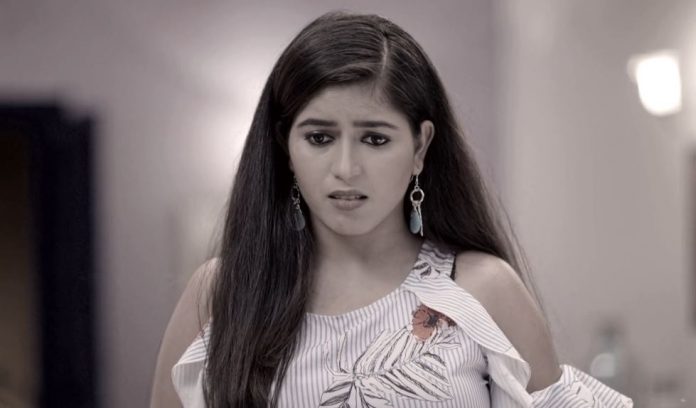 Star Plus Yeh Rishta Liza pleads justice Ek Bhram Highlights Goenkas to receive shocker Vedika gets a big shock on finding Kartik and Naira on their secret coffee date. She doesn’t know that they have met to sort our Liza’s life. She gets this misunderstanding in mind and goes away. Kartik and Naira meet Liza. Naira tells Kartik that Akhilesh has cheated Liza. She sympathizes with Liza. She breaks the truth to Liza as well. Liza breaks down with the truth. Kartik gets shell shocked. He wants to apologize to Liza for Akhilesh’s huge mistake.

Liza feels Kartik, Akhilesh and everyone in Goenkas house are insensitive. Her pain doesn’t subside when Kartik apologizes. She tells Kartik that if he really wants to help her, he should make her talk to Akhilesh once since she has a right to know the reason for the break-up. She wants to close the love chapter only after a proper justification. She realizes Akhilesh’s huge lies since he changed his identity and background to have a relation with her. Naira cries for Liza.

She tells Kartik that Akhilesh changed his name to Anil and also lied about his family to Liza. She didn’t expect Akhilesh to have an extra-marital affair. She wants Kartik to get justice for Liza. Kartik gets in a dilemma since the truth will break out and ruin the family peace.

Pooja realizes her feelings for Kabir. He tells Pooja that he will not believe her if she accepts the theft blame. He knows she is innocent. He wants to fake his anger on Pooja so that he can find the real culprit. He insults Pooja in front of the family. He tells the family that Pooja can never change and he was wrong to believe her. Rani is happy that Kabir isn’t believing Pooja. She tells Pooja that she believes her. She fools Pooja once again. Pooja remembers Kabir’s words. She wants to keep the plan a secret so that Kabir recovers the money from the culprit. Pooja lets Rani stay happy in her illusion.

Kabir and Pooja don’t want anyone to doubt on them. She gets hurt. Kabir and Rani get worried for her. Rani feels happy seeing Kabir and Pooja fighting. Pooja asks Kabir about the culprit. She imagines him and confesses her love to him. Suman wants to get Kabir married to a nice girl. She doesn’t want him to stay alone.