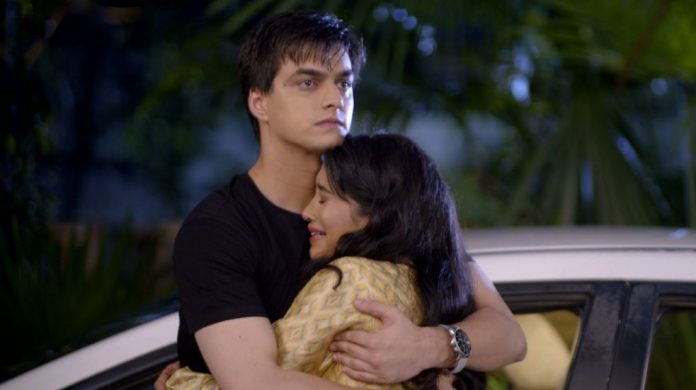 Yeh Rishta Shocking truth finally breaks out Kairav makes a hand statue with his parents Kartik and Naira. Dadi tells Manish that Kairav is the heir of Goenka family, and with his auspicious step, happiness has come in the house. She tells him that they have won the long running case after many years, just when Kairav came home. She feels Kairav really brought good luck for them. Manish also agrees with her thought. He tells her that its good that Kairav has come in their lives, but somewhere Kairav and Naira’s return has complicated Kartik’s life.

He is afraid for Kartik and Vedika’s marriage. He tells her that they should find some solution to this situation. Kairav tells Kartik and Naira that they are a perfect happy family and will stay together always. He gets happy to show the hand statue. Vedika feels disgusted seeing Kairav bringing his parents together. She knows Kairav will ultimately unite them. She feels to lose her place to Naira. Vedika doesn’t take it further and leaves, showing her annoyance to the family. Kartik too observes her, but doesn’t care. Kartik tries to know the urgent matter from Naira. The kids interrupt again and their talk doesn’t take place.

Naira wants to tell Kartik about Akhilesh and Liza. She feels he may react in a bad way and its better that she tells him the truth somewhere outside the house. Meanwhile, Vedika tells Dadi that she is missing her dad a lot and wants to go home to revisit some golden memories of her dad. Dadi asks him to take Kartik along. Naira messages Kartik to meet her outside. He realizes that Naira is going to say something important. He gets curious to know and also gets tensed about it. When Dadi asks him to take Vedika to her dad’s house, he outright refuses to Dadi.

He lies about his official work. Dadi couldn’t tell him anything since its concerning his work. She lets Vedika go alone. Vedika also shows understanding. Kartik and Naira meet and try to talk, since Kairav is sleeping. Kartik gets expressing his anger on Naira’s leaving once again. They have bitterness over the past, which reflects every now and then. Vedika thinks Kartik has gone with Samarth. Kartik and Naira’s arguments continue. They get into an awkward silence when the restaurant guy recognizes them and reminds their beautiful past. They get helpless but to recall their good memories.

After breaking the moment, Kartik asks her about the urgency. She tells him about the person playing with Liza’s emotions. She tells that she has found Liza’s lover. He gets wishing to know about the person. He promises to fix things and get justice for Liza. When she names Akhilesh, Kartik gets shaken up in a shock. Vedika spots them together and wonders why did Kartik lie to her. She suspects Kartik’s intentions that he wants to get back to Naira. She feels bad that Kartik doesn’t respect their marriage. She turns too upset and doesn’t confront him. Naira asks Kartik not to doubt on the truth. Kartik tells her that he trusts her, but wants to confirm the truth once. He asks her to call Liza.