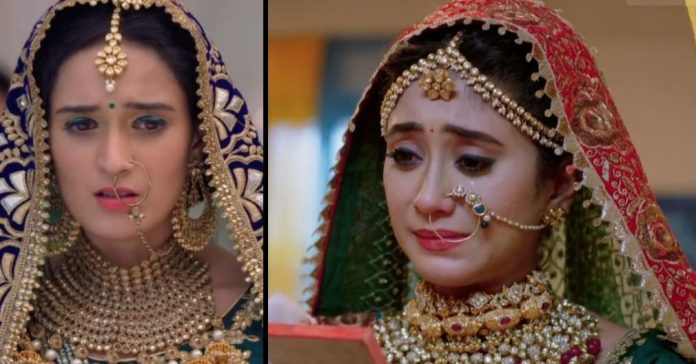 Yeh Rishta Vedika turns negative Dramatic Sautan fights Kartik calls Akhilesh there to confront him. Vedika stays disturbed about Kartik and Naira’s union. Akhilesh wants to know the urgency. Naira brings Liza face to face with him. Liza happily meets Akhilesh. She tells him that she loves him and couldn’t tolerate the break up. She apologizes for not giving time to their relation. Akhilesh denies to know about Liza. He tells Kartik that he doesn’t know Liza and sympathizes with her. He apologizes to her. He leaves Liza in tears.

Dadi and Suwarna learn about Akhilesh and Surekha’s spoiling terms. Surekha expresses that she isn’t happy in her failing marriage. Dadi wants to talk to Akhilesh when he returns home. She feels things has got worse since past months. She didn’t expect Akhilesh and Surekha to split this way, without caring for their children. Kartik and Naira tell Liza about Akhilesh. Liza gets worried knowing Akhilesh is actually Kartik’s uncle, who is happily married to Surekha. She feels like a family breaker.

She tells Naira that she didn’t wish to break anyone’s marriage. She sinks in guilt. Naira knows Akhilesh has lied to Liza. She consoles Liza. Vedika is sure that Kairav will get his parents united, and then she will be out of Kartik’s life. She shares her sorrow with her dad. Naira drops Liza to Singhania house. She feels its too troubling to think of Akhilesh’s cheat. Liza asks Kartik and Naira to look after Kairav. She loses all hopes. Naira feels Liza doesn’t deserve this. She wants to help Liza.

She tells Kartik how much she owes to Liza. She really wants justice to happen. Kartik assures Naira and hugs her. Vedika shows her rage when she finds Naira and Kartik together again. Vedika doesn’t know that Kartik and Naira are together to tackle Akhilesh’s matter. Vedika will be playing a villain and expresses her unseen negative side. Vedika gets angry when Naira advises her about Kartik. Vedika asks Naira not to tell her anything related to Kartik’s likes and dislikes. She claims to know Kartik well.

Vedika scolds Naira and warns her to stay in limits. Naira tells her that she was just trying to help. Vedika misunderstands Naira’s intentions. She feels Naira lied to her that she will leave. She expresses her anger directly on Naira’s face. Naira then explains that whatever she advises was for Kartik’s good, hoping Vedika would also like Kartik’s welfare. She makes Vedika realize her wrong step. Vedika turns frustrated on her fate. She seeks a decision from Kartik, with whom he wants to spend the rest of his life. Kartik gets in a big dilemma once again. Who will Kartik support now, Naira or Vedika? Keep reading.