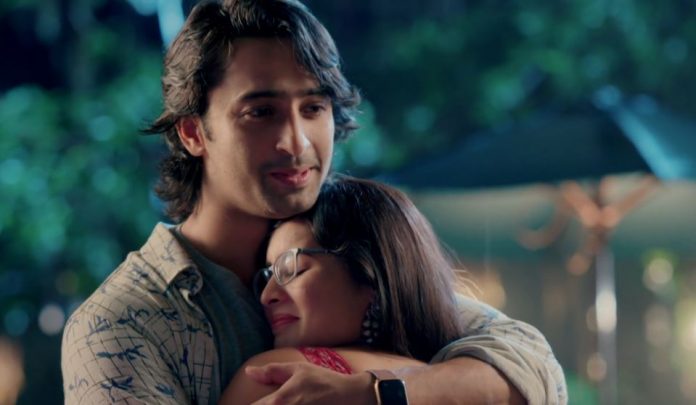 Rishtey Pyaar Unexpected shock for Abir Mishti A big twist will be coming in Abir and Mishti’s love story. They wanted to tell the family that they are in love. Kuhu and Varsha will be seen ruining their love story. Meenakshi wants Kunal to apologize to Abir and stay close to him so that there is no place for Mishti in Abir’s life. Abir prepares Kunal’s favorite noodles. He hopes to melt Kunal’s anger. He wants Kunal to understand his emotions. Mishti wants to know how did Shaurya and Varsha reveal their love story to elders. Rajshri asks Mishti why is she asking this story. She tells Mishti that Shankari Tai is finding a girl for Abir. She asks Mishti to help her in the selection.

Mishti wants to tell her that she loves Abir. She fails to tell anything to Rajshri. Rajshri thinks if she should fix Mishti and Abir’s alliance, as per Shankari’s suggestion. She tells Mishti that Abir should get the best girl. Mishti loses courage to tell her the truth. Kunal looks for his phone and asks the entire family. Abir asks them not to help Kunal, so that Kunal talks to him. Abir and Kunal talk indirectly. Kunal gets emotional on hearing Abir. Abir tries to convince him. He asks Kunal to have noodles.

Kunal asks him the reason for choosing Mishti. Parul and Nanu explain Kunal that a person can’t choose one relation in life. Parul explains Kunal that his demand has put Abir in dilemma. Kunal gets rude towards Parul. Abir assures Parul that he will change Kunal’s perception. Parul believes in Abir. She wants the brothers to stay together. Kuhu tries to unlock Kunal’s phone and fails. She doesn’t want Kunal to suspect her. She unknowingly overhears Abir and Mishti’s conversation. She realizes that Abir and Mishti are planning to break their relation’s truth to convince the family.

She fears that Abir will marry Mishti and get her to Rajvansh house, which would mean the end of Kunal and her(Kuhu) marriage. She wants to stop Mishti’s planning. She informs Varsha about Mishti’s plan. She asks Varsha to expose Mishti’s love story to the family beforehand so that the elders don’t forgive them. Mishti plans to meet Abir on a dinner date so that the noodles don’t get waste. Mishti’s real motive is to cheer up Abir, since he is feeling low. Abir and Mishti meet and confess their love.

They are sure to cross hurdles together and reach the final phase of marriage. Kuhu asks Kunal to not fight Abir, since Mishti is the problem. She explains him a lot. She reveals that he is fighting Abir and sending him to Mishti. She tells him that Abir has gone to meet Mishti. Abir and Mishti get caught in a romantic moment, which upsets the elders. Abir wants to convince them about his true love. Varsha had played this trick to ruin Mishti’s love for Kuhu’s sake. Mishti is afraid that the elders will disapprove her love story.