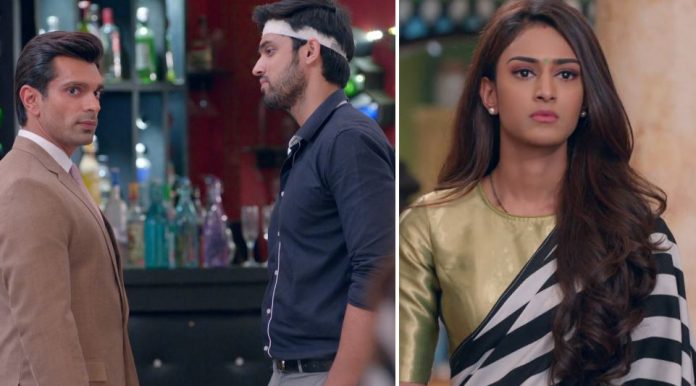 Kasautii Love Sacrifice Past Enmity Revenge twists Anurag pleads to get Mr. Bajaj arrested. Prerna gets enough of the drama. She scolds Mr. Bajaj for attempting to kill Anurag in a fit of rage. She asks him how could he take this step when he knew that she loves Anurag and wants him fine. She tells him that she was talking to Anurag and she is sure that he is telling the truth. Mohini wants the arrest to happen soon. Anurag tells Maasi that she should better stay out of his personal enmity with Mr. Bajaj. When Maasi defends Mr. Bajaj a lot, Mohini tries to blackmail her once again so that she can control her. She tells Maasi that she still has the pictures and can expose her. Maasi tells her that she has destroyed all the evidences and now Mohini can never threaten her.

Consequently, Mohini gets angered. She asks Anurag not to talk to Maasi. Anurag finds the family arguing. He doesn’t want this to happen. He just wants Mr. Bajaj to get arrested. Prerna doesn’t believe Mr. Bajaj. He has fallen in love with her. He asks her not to misunderstand him. He asks her to understand his real side, than the side which is known to the world. She also feels he is heartless and selfish. She doesn’t believe his words. She blames him for attempting the murder. She tells him that she will not help him.

He gets broken that she doesn’t trust him. Prerna’s family meets Anurag and support him. They tell Maasi that they will always support Anurag. Mohini scolds Prerna’s family and accuses Prerna for the accident. Maasi asks Veena to support Prerna’s husband. Veena doesn’t want to change her lovely bond with Anurag. She loves Anurag as her son. She wants Anurag to win. Anurag asks Inspector to arrest Mr. Bajaj as soon as possible. Mr. Bajaj regrets that Prerna loves Anurag. He wishes that he had met her before she met Anurag.

He thinks if he was the first man in her life, she would have loved him and trusted as well. He regrets the way he married her, which made her think wrong about him. She tells him that she knew about him threatening Anurag. She suspects his intentions. He tells her that he wants to tell her about his personal enmity with Basus. He wants to ruin Basus to settle his old scores. He doesn’t want to involve Prerna in this. She tells him that she wants him to pay for his crime. She wants to see him in the jail. His heart breaks by her words.

He asks her to look after his daughter who loves her a lot. Mr. Bajaj feels Anurag is very lucky to get love from Basu Family, Sharma Family and even Prerna. He gets jealous of Anurag. Anurag tells Mr. Bajaj that Prerna is his happiness, who will soon come back to them. Mr. Bajaj misses such a loving family in his life. He tells Anurag that he will do to the jail if Prerna wants this. He wants to get arrested. Mr. Bajaj surrenders and doesn’t want to prove his innocence. Prerna doesn’t support Mr. Bajaj.

She wants to support Anurag, who is right this time. She doesn’t want to support any wrong person, be it her husband. Anurag and Prerna will be seen having a moment of togetherness, when Mr. Bajaj lands in jail. Mr. Bajaj refuses to accept bail. He wants Prerna to forgive him first.