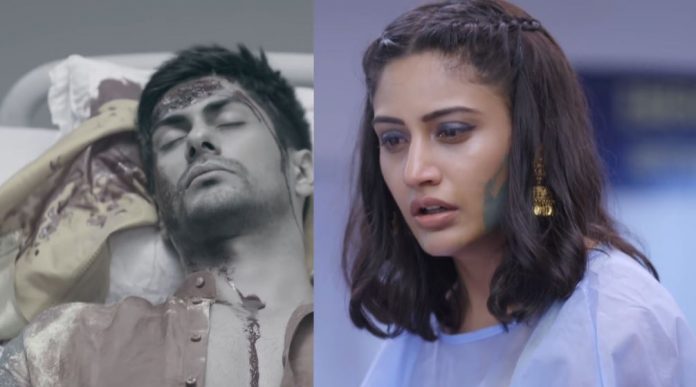 Sanjivani Terrifying twist Ishani to lose Sid Sid reaches Ishani to save her from the bad guys, who already injure his friends a lot. Aman and others get badly beaten up by the goons. Sid heroically fights them. He gets attacked by behind. The deadly attack leaves him in a bleeding state. Sid doesn’t faint and continues to take the hits to save his friends, whom he regards his responsibility. Ishani gets worried watching Sid getting bashed up so much. She can’t see Sid in a dying state. Sid falls down unconscious, while the goons leave his life on fate. Ishani and her team try to revive Sid to life, when his heartbeat and breath gets breaking.

Ishani asks them to arrange few things for the immediate aid, while they call for the ambulance. Luckily, they arrange an ambulance from Sanjivani itself, which gets too late to reach Sid. Ishani and Asha treat Sid on the spot to save his life, when his lungs get filled with blood. Sid starts coughing blood and turns more critical. The doctors team make an incision to ooze our the extra filled up blood. They have a belief that Sid’s life will get saved. Ishani gets a fear that she will lose Sid. She doesn’t let the fear break her down and encourages Sid to hold himself strong. Ishani rushes Sid to the hospital.

She doesn’t let him lose. She tells him that she would always want him to trouble her. She expresses her feelings for Sid, when he gets sinking. Ishani doesn’t want to lose a talented doctor like Sid. She keeps talking to him to keep him in senses. Sid tells her that he is happy and lucky that she has finally accepted him as a friend. He can’t believe that she is crying for him. He doesn’t want to trouble her further.

Ishani breaks down when Sid suddenly drops unconscious. She fears for his death. Ishani summons Shashank and Juhi for the emergency. Shashank lets Juhi operate Sid, since he is emotionally attached to Sid. Juhi performs the tough surgery to save Sid’s life while the entire hospital prays for Sid’s recovery. They don’t want to lose a gem like him. Ishani feels guilty and sinks in sorrow, while staying anticipated to know the outcome of the surgery. Will Juhi be able to save Sid? Keep reading.