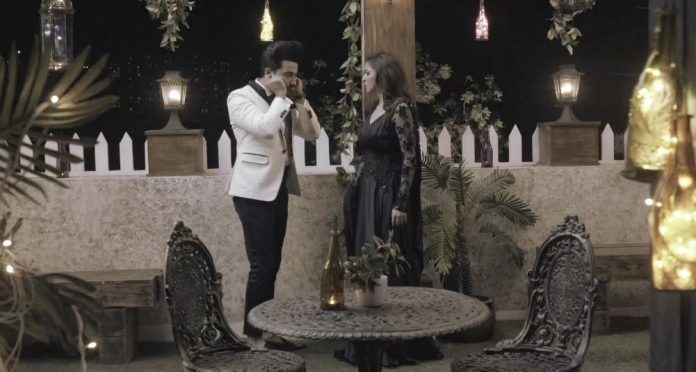 Karan confesses his doings in front of his family. He doesn’t regret to marry Preeta and dump her to take revenge. Rakhi reprimands her for cheating a girl like Preeta. She scolds him for disrespecting a girl. She feels its wrong to marry Preeta by cheat and then abandoning her. She asks him how did he disgrace her values. Karan tells her that he doesn’t care if anything happens to Preeta. He hates Preeta a lot. He tells his family that he didn’t wish to get Preeta home.

He just wants revenge on Preeta for Mahesh’s accident. He holds Preeta responsible for his family destruction. Karan tells Rakhi that he had returned the same pain to Preeta which she gave them. He doesn’t feel answerable to anyone. Meanwhile, Preeta breaks down. She wants the reason for her bad fate. She doesn’t know why Karan hates her so much.

She thinks he should have taken revenge on her, instead of her family. Shrishti shatters watching her sorrowful tears. Preeta vents out her sorrow. She can’t believe that Karan had ruined her life. She is innocent in Mahesh’s accident. Sarla understands Preeta’s pain. She can’t see Preeta crying. Shrishti consoles Preeta. Sarla asks Preeta to bring out her pain to lighten her heart.

Preeta apologizes to her. Sarla asks her to cry as much as she wants. She wants to see her daughter as strong as before. Sarla too breaks down seeing Preeta’s tears. Shrishti feels worse. Mahira tells Kritika that Karan has done wrong with Preeta. She can’t believe that he could do such a thing. She feels bad for Preeta. She asks Kritika to tell Karan to accept Preeta and rectify his mistake. Kritika also feels the same about Preeta. She doesn’t want to judge Karan. Mahira doesn’t want Karan to ruin his own life. Kritika asks her to talk to Karan once.

Mahira thinks Preeta doesn’t deserve Karan’s hatred. She wants him to change his decision. Karan deals with his mixed emotions since he loved Preeta a lot before. He thinks it’s tough to hate her. Karan and Preeta think of each other and shed tears. Preeta is sure that she didn’t deserve this. Shrishti didn’t expect Karan to deceive Preeta like this. Preeta doesn’t want to remember her marriage, but the memories don’t getaway. She gets into a denial. She knows Karan hates her. She doesn’t want to admit that she loves him. Sherlyn wants Rishabh to know about the huge drama. She tells him about Karan marrying Preeta and abandoning her. Rishabh gets into disbelief.