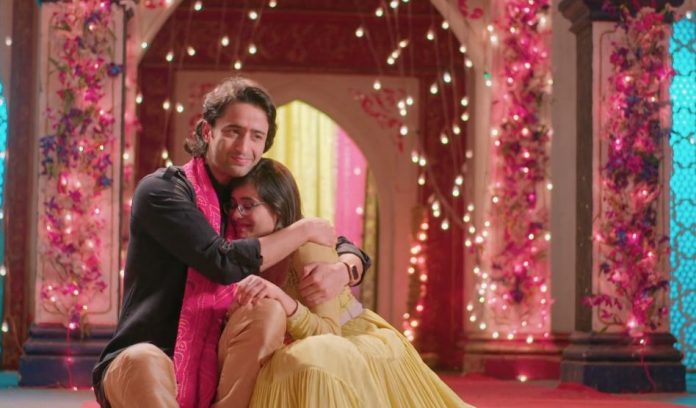 Rishtey Pyaar Ke Abir Mishti to witness a miracle Meenakshi makes sure that Mehul doesn’t meet Abir at any cost. She sends Laxman to kidnap Mehul and drop him outside of Rajkot. She doesn’t want Mehul to reach Abir. Meenakshi learns that she will be soon getting rid of Mehul. Mehul tries to escape. Mishti comes across him once again. She realizes that the goons are after him. She fights them to save Mehul. She becomes his saviour for the second time. She wants to know the reason that destiny is bringing him in front of her again and again. She tries to help Mehul. Abir is much upset that Nanu had lied to her.

Meenakshi asks him not to abandon the family. Abir is much upset with her. He doesn’t expect her to tell any truth. Mishti gets bold to shoo away the goons. Abir goes to meet Mishti. Mishti and Abir want to take him for aid. They decide to take him to Maheshwari house. They find Mehul unconscious. They want him to stay fine and unite with his family. They discuss Meenakshi concealing the matter. Abir wants to confront Meenakshi again. Meenakshi gets a piece of shocking news that Mehul has run away. This worries Nanu as well.

Nanu asks Meenakshi to call Abir home. He gets unwell thinking Abir will leave them. Kuhu and Kunal have a bitter argument. He tells her that he would never love her. He leaves Kuhu in tears. They find Nanu falling on the stairs. They help him, while he yearns for Abir. Nanu wants Abir back home. Rajshri, Mishti and Abir take care of Mehul. They wonder who is after his life. Rajshri tells them that sometimes relations turn so bitter that family poses such troubles. Abir wishes Mehul gets his relations back.

Mishti asks Abir to deal with Meenakshi calmly. Vishwamber assures them that he will look after Mehul. Abir goes home when everyone waits for him. Kunal learns that Abir has gone to find his dad. He doesn’t want Abir to hurt the family. Abir confronts Meenakshi about hiding about their dad. Kunal too wants to know the truth. Meenakshi lies to Abir again and gives him a fake address of Mehul. Abir wants to reach Mehul soon.

Kunal tries to stop him. Abir doesn’t listen to him. He tells Kunal that this is really important for both of them since they deserve their dad. He wants their dad to return home and balance the family. Kunal lets him go and gets emotional. Kuhu informs Mishti about Abir’s departure. Mishti decides to support Abir in his big search. They will together find Mehul’s identity and bring him home.