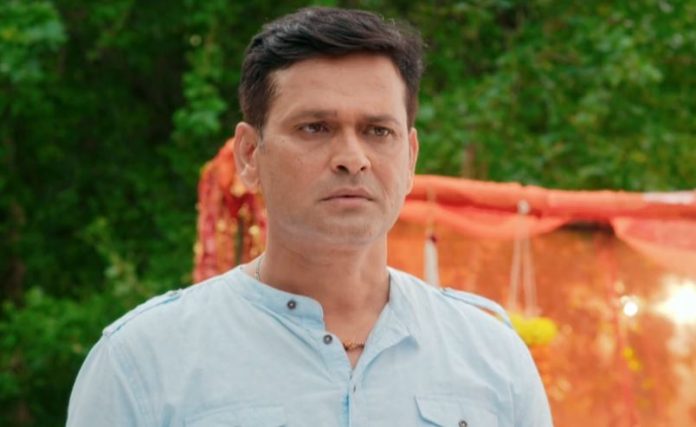 Star Top 3 Today Spoilers Quick Snips and much more Yeh Rishtey Hai Pyaar Ke Mehul wants to tell Mishti about Rajvansh family. He wants to call Rajvansh house again and talk to Abir. Mishti looks for Mehul. Vishwamber tells her that Mehul had left from the house. Jasmeet feels guilty that she didn’t stop him from leaving. Rajshri tells her that she isn’t at fault. She doesn’t know Mehul’s identity. Mishti worries for Mehul. She looks for some clue about him. Mehul calls Meenakshi before leaving Maheshwari house. Mishti checks the phone and calls on last dialled number. She wants to know about his family.

Meenakshi answers the call. Mishti learns that Mehul is Abir’s dad. Rajshri and Vishwamber realize that Mishti and Abir got Abir’s dad home. They know that Mishti just found this. They want to support Mehul. They ask Mishti not to worry, Mehul will be fine. They are sure that Abir will be glad with this. They ask Mishti to support Abir. They trust Abir and Mishti. They want to talk about their alliance once the problems get solved in Rajvansh house. They are relieved that Mishti found the right guy for herself.

They tell Mishti that Abir is a nice guy and will always keep her happy. Vishwamber praises Mishti for always keeping their hopes. He likes her choice a lot. Mishti tells them that they should wait until Abir and his dad unite. Rajshri is happy for Mishti. Mehul reaches Rajvansh house and enters there to meet Abir. Meenakshi rushes to stop him and ends him getting hurt.

Nimki Vidhayak: Mintu tells Nimki that Dadi is angry as the guests left. She asks him if he had married before. Mintu refuses. He asks why is she asking this. She sees his books. She finds him very opposite of Babbu. She realizes he is educated. Vimla and Monu are worried for her. Nimki calls them and tells them everything about Mishra. She tells them that she is coming home soon. She asks Vimla to cook food for her. Mahua asks her how can she be so relieved. She leaves in anger. Dadi asks Mintu not to run after Nimki again. Nimki overhears their conversation. The neighbors think Mintu married Nimki. Dadi scolds the ladies. She asks Nimki to leave. Nimki asks Dadi if she knows Tetar Singh. She tries to know Mintu and Babbu’s connection.

She gets Mintu’s childhood picture. She doesn’t see her mum’s picture. Ganga Devi is Mintu’s mother. She gets upset when she sees her son’s picture. She cries for him. Dadi limits Nimki from finding about Mintu’s past. Mishra wants to take revenge on Nimki.

Maalik poses new problems to put Ronak and Muskaan in a fix. He is doubting on them to be related and hiding their truth. He wants to test them and know if they know each other. He finds Ronak caring for Muskaan a lot. He asks Ronak to protect Muskaan as long as he can, but the troubles won’t end until Muskaan breaks down. The people arrive home to seek help from Maalik. They complain that the workers left and now they aren’t able to finish the work. They ask Maalik to help them by providing the labor. They want Maalik to sort their problems. Maalik tells the men that the girls of his house will do the labor work. He assigns the tough tasks to the girls to test their strength. He is sure that the girls will give up soon and come to plead him.