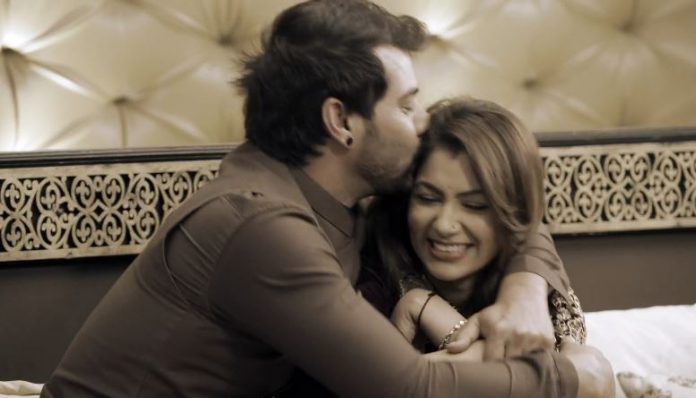 Zee Top 3 Kumkum Bhagya and more lined up Tujhse Hai Raabta Madhav forgives Kalyani on Asawari’s sayings. Kalyani calls Malhar and tells that Madhav has forgiven her and asks him to listen from Madhav’s mouth. She puts the call on the loudspeaker and asks Madhav to say. Just then Pawar breaks and opens the car dickey and calls Malhar to see. Malhar turns and looks at the skeleton in the dickey. Everyone hears on the call. Madhav gets tensed. Kalyani asks in which car dickey, you got skeleton. She asks if this is the same car which was found inside the pond. Madhav, Aahir and Sarthak get shocked. Malhar asks Pawar to call the forensic experts to check the skeleton. He understands that someone murdered the guy and then put him in the car. The skeleton is of Swara’s lover whom Rane family had killed. Swara had a past and was a trained Lavani dancer.

Kumkum Bhagya: Vikram tries to alert Abhi of Meera’s feelings for her. Mitali asks Meera to stay away from Abhi and put an end to her feelings towards him, knowing he doesn’t love her, but still loves Pragya. She tells her that her feelings will ruin her relationship with the house. Purab tells Abhi about his meeting with Disha and says if she stays alone then will continue punishing herself.

He says I get punished seeing her condition. Abhi asks him to go and tell her that he will not leave her until he gets answers to his questions. He asks him to go and gets its answers, says if you don’t get it then I will go and bring her and then will see what to do. Purab meets Disha and tells her that everyone and also Abhi wants her to stay with them in their house. He asks Disha not to hurt herself. Disha tells him that she loves Hritik to get saved from his questions. Purab is shocked.

Kundali Bhagya: Prithvi thinks that Preeta will return to him as she got betrayed by Karan. Sarla asks Preeta to move on and not to let the happening affect her. She asks her to promise. Preeta is shattered.

Karan tells everyone that he didn’t marry Preeta to make her bahu of the house or to bring her in their house, but he married her as he wanted to take revenge from her. Everyone is shocked. He gets another slap by Rakhi. Kareena smiles happily knowing this.