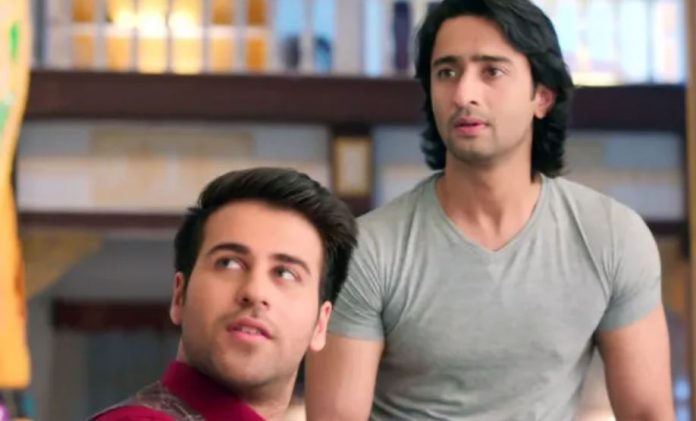 Rishtey Pyaar Spoiler Critical truth for Rajvansh Boys Mishti and Abir don’t get the ticket for the bus. Mishti gets into an argument with the ticket counter guy. She threatens the man to get the ticket for Abir. Abir gets to see her new side. She behaves like him to make him smile. Abir tells her that he will be back on his birthday. She wishes him all the best to find his dad. She tells Abir that she has planned a surprise for him. Abir knows that she is just saying this to please him. She doesn’t plan anything, but still tells him that his birthday will be special. Abir bids her bye.

Meenakshi wants support from Kunal. Kunal finds Meenakshi worried. He can’t see her like this. Kuhu guides him to assure support to Meenakshi. Kunal forgives Meenakshi and ends his annoyance. He is ready to help her in sorting the problems. She asks him to talk to Abir and get him home. She hopes that Kunal will convince Abir. She tells Kunal that Abir is stubborn. Kunal assures that he will try to convince Abir for coming home. Nanu also wants Abir back.

Nanu calls Abir and asks him to return home. Abir promises to be home on his birthday. Meenakshi is stressed. She hopes to have both her sons along. Abir finds the bus breaking down. He realizes that he couldn’t go to Mumbai. Meenakshi makes sure that Mehul is in Rajkot when Abir goes to Mumbai. She has no idea that Abir’s trip got delayed and he is staying back in Rajkot. She instructs Laxman to keep an eye on Mehul. Meanwhile, Kunal is thankful to Kuhu for giving him the right advice. Kunal tells Kuhu that he doesn’t love her and doesn’t hate her. He tells that he doesn’t want to cheat her. She tells him that he has already cheated her. She reprimands him for his wrong actions.

Mishti returns home and gets a huge shock knowing Mehul has gone from the house. She can’t lose him this way, knowing his life is in danger. She tries to find out about him. Rajshri and Vishwamber tell her that she has done the right thing to be with Abir. They want to give some time to Mishti to know Abir well. They don’t want to hurry for the marriage. Mishti thanks them for being so understanding. Mehul had tried to call Meenakshi from the landline.

Mishti checks the last dialled number to know about his family. She learns that its Meenakshi’s number. She gets confused and wants to know their connection. Meenakshi gets the call from Mishti and fails to answer it on Kunal’s word. Kunal doesn’t give any importance to his in-laws. Jasmeet also tried to find about Mehul. She dropped Mehul’s picture there. Mishti gets the picture and gets a big shock. She realizes that Mehul is Abir’s dad. She wants to give the surprise to Abir on his birthday.

Mishti rushes to meet Abir and tell him Mehul’s truth. She informs Abir that she has found his dad. She hugs him and shares the good news. She shows him the picture of his mum and dad. Abir realizes that Bappa fulfilled his prayers and brought him face to face with his dad. He doesn’t feel Mehul is a wrong person, as Meenakshi projected him. Abir thanks Mishti for the wonderful surprise.