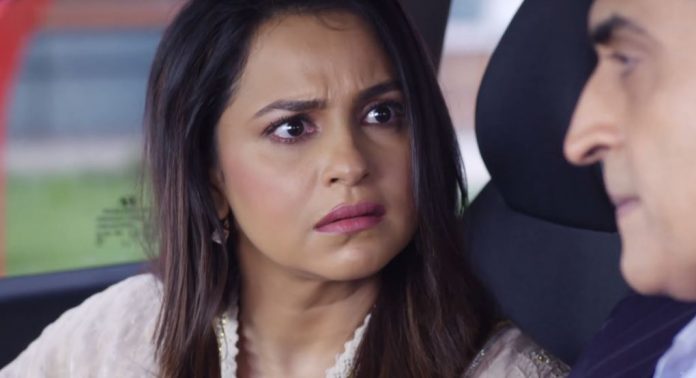 Sanjivani 2 Shashank Juhi to face Rahul shockingly Juhi thinks of Shashank’s feelings for her. She never expected Shashank to fall for her. She can’t believe whatever Anjali has told her about Shashank. She feels she has struggled a lot in her career after Shashank threw her out of Sanjivani for his reasons. She wants to know how could he do the injustice with her, just because he couldn’t limit his emotions from ruining her life. She has always regarded Shashank as her mentor. She couldn’t imagine this twist in her life, that he would fall for her. She wants to confront Shashank. Anjali’s words echo in her ears.

She gets disturbed when she gets blamed for breaking the happy family. She never expected someone to call her a family breaker. She couldn’t even handle her marriage because of Rahul’s unethical ways. She regrets for her past deeply. Shashank happens to see Juhi and sits for a talk. He tells her that he didn’t wish to do wrong with her. She compels him to tell her the reason for firing her from Sanjivani. He apologizes to her. He tells her that he had to keep Rahul’s request, since he wanted Juhi to be happy in her marriage.

She tells him that he should have been professional in his decision, else shared the problem with her. She tells that Rahul and her marriage isn’t working and the sacrifice he forced on her couldn’t help her relation either. She feels all the sacrifices made for the sake of her marriage went in vain. She has no idea that Rahul is also in Sanjivani. Shashank too doesn’t know that Vardaan has made the luxury wards for Rahul.

Juhi doesn’t think she can forgive Shashank so soon. Meanwhile, Vardaan brainwashes Anjali to get her on his side. When she shares her annoyance over Juhi, he tells her that he doesn’t think Shashank and Juhi are wrong. He asks her not to misunderstand them. Anjali didn’t know he would talk in favor of Shashank. She questions him about the secret chamber in the luxury ward. He denies to her. He doesn’t want anyone to know that Rahul is in Sanjivani. Shashank and Juhi will be coming to know about Rahul soon.