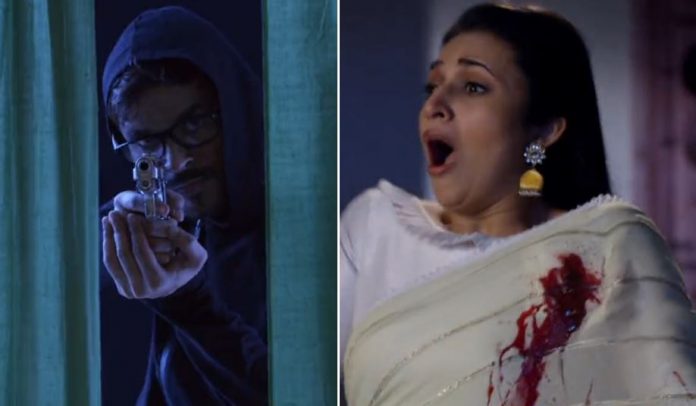 Star Plus Mohabbatein Deadly attack doubles twists Arijit tries to mislead Mansi. He gets to see her and traps her in his plans. Natasha understands that he has some plan on his mind. She just wants Shardul so that she can get diamonds. She wants to live a good life. She tells Sunil that Arijit has much enmity against Bhallas. She wants to fulfill her goals. Sunil is worried that he may get trapped in the murder case and asks her to leave Shardul. She gets angry on him and slaps to bring him to senses. Arijit provokes Mansi against Bhallas again. He tells Mansi that Bhallas should have not saved Yug. He asks her to get Yug punished.

She gets angered when she learns that Yug is free from all the accusations. She feels Yug should get punished. She gets Ishita’s call. She learns that Ishita wants to meet her. She loses her cool and informs that Yug got a clean chit. Arijit wants Mansi to meet Ishita. Mansi agrees to meet Ishita. Bhallas want to help Mansi. Arijit tells his plans to Mansi. He wants to get Yug killed. Mansi agrees to Arijit. She wants to get soul peace for her husband. She falls in Arijit’s trap unknowingly.

Moreover, Mansi meets Ishita and Yug. Yug wanted to meet her to apologize to her. He explains the entire scenario to Mansi. Mansi gets raging and yelling at him first. Arijit asks her not to fail his plans. He tells her that she has to maintain her cool so that she gets justice for her husband. He tells her that she should wait for the chance after getting Ishita in confidence. Mansi shows some understanding towards Yug, which gets surprising for Ishita. Ishita and Yug tell her about Natasha.

They want Mansi to help them with Natasha’s case history. Mansi unwillingly agrees to help them. Bhallas are happy that Mansi has forgiven Yug and is now helping them against Natasha. They are sure to get rid of Natasha as well. Yug refuses to go on a honeymoon trip so soon. He wants to live with the family. The Bhallas insist Yug to go for a holiday. Yug gets Vishal’s call. He learns Vishal is unwell and needs him. He rushes to meet Vishal.

Ishita suspects the matter and calls Karan to know about Vishal. She learns that Vishal isn’t in the city. She realizes that someone is framing Yug once again. She rushes to stop Yug. Yug goes to meet Vishal. Arijit informs Mansi that Yug is coming. He is happy that Raman’s son will get killed. He hands over the gun to Mansi and fuels her revenge. He asks Mansi to shoot Yug. He provokes her to the moment that she shoots. Ishita and Raman reach there to save Yug. Ishita succeeds to save Yug, but gets shot instead. This worries Raman a lot.