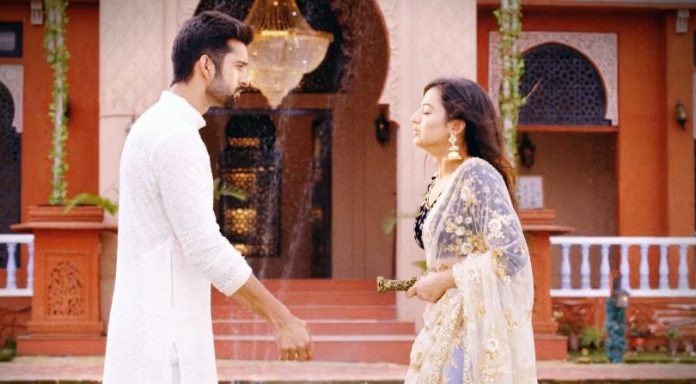 Sufiyana Shocking Zaroon to kill Saltanat Madhav deletes the footage from record room. Zaroon finds the footage missing. He wonders how did Kainat come home. He gets revengeful against Kainat. He wants to kill her. Kainat wants him to kill his love Saltanat. Krish tells Saltanat that Madhav has sent a special band for her. Madhav wants to track her location. He intentionally gifts the band to her. She wants to know about her past. She takes help from Jugal. Krish finds the wanted picture of Saltanat. He doesn’t want her to go anywhere.

Zaroon tells Kainat that he has given the newspaper ad and they will soon find Kainat now. Kainat is worried that her truth may also come out. The police arrives at Madhav’s house to find Saltanat. Krish takes Saltanat to the market. He wants to save her. Madhav tracks her and reaches the market to get her. She asks him about the wanted ad. She wants to know the truth. Later, Jugal wants Madhav to forgive him and release him from the tough punishment. Krish tells Madhav that Saltanat has left the house again. He wants him to get Kashish back.

Saltanat wants Madhav to tell her the complete truth. When he revealed that she had killed Sakshi years ago, she refused to believe this. She can never harm anyone. She feels she will get all her answers at Shah Manzil. She goes to her home to meet her family and know the truth. Madhav gets worried knowing she is uniting with her family. He doesn’t want to lose Kainat. He rushes after her to stop her from meeting Zaroon again.

On the other hand, Zaroon gets determined to find Kainat and punish her by the law for killing his mother Ghazala. Zaroon doesn’t want to spare her. Kainat is also worried that Saltanat may regain her memories and expose her for once and all. She doesn’t want to see that ill fate. She takes precautionary measures to stop Saltanat from entering the house.