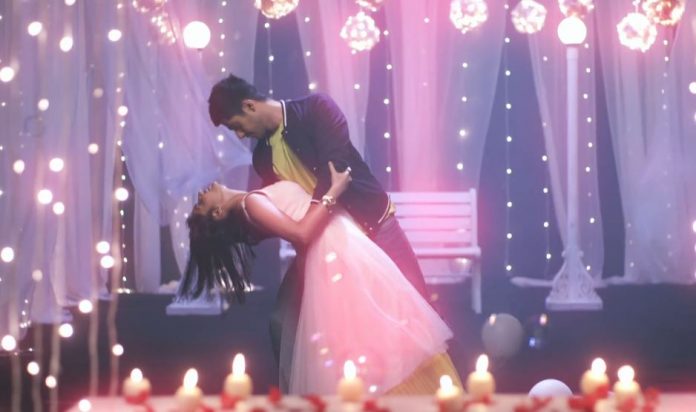 Sanjivani Ishani Sid Romance Rahul revelation next Ishani gets helplessly in love with Sid. She doesn’t want to fall for him, but she can’t ignore the symptoms as well. The symptoms are actually her feelings. She doesn’t to accept the feelings. She tells Asha that she doesn’t want to tell Sid about it. Asha tells her that it will be good if it accepts this soon and also confesses to Sid. She tells Ishani that love is such a thing that can’t be suppressed for long. Ishani stops Asha from telling anyone. She gets dreaming about Sid, when she sees him dancing.

She gets into a beautiful dream where they dance on a romantic song. Ishani’s dream soon breaks. Sid asks her why is she behaving weird all the time. She has no answers to give him. Sid has no idea that she is in love. He regards her a good friend, who is also a talented doctor. Ishani avoids staring at Sid, when she feels Sid may notice her stares. She rushes home. Sid praises Ishani a lot. Sid tells that Ishani is a nice girl, a gem at heart and talented in her work. His uncle asks him to return the favor to Ishani by preparing sweets for her. Sid tells him that Ishani has thrown the grand party for him and agrees to take sweets for her.

He is happy thinking about her. Ishani gets panicking that she has fallen in love and this can’t be reverted. She gets worried and feels why did this happen with her. Her friends can see her love. They tell her that even Sid can also see her feelings in her eyes. They ask Ishani to better confess feelings to Sid. Ishani tells them that she will not accept this love and try to avoid Sid. Asha tells her that her love will get higher if she hides it more. Neil teases Sid when the latter gets sweets for Ishani.

He asks Sid to accept that he also loves Ishani. Sid calls him mad. He doesn’t think so and scolds Neil for the nonsense. Neil is sure that Sid will also fall for Ishani. Ishani looks for Sid and then hides from him. Sid finds her behaving weird again. He tells Ishani that he has got sweets for her. She avoids him again. Meanwhile, Vardaan and Shashank get into an argument over buying second hand machines for the hospital. Vardaan explains the pros and cons to Shashank and Juhi. Shashank is confident that Juhi will support him, but she shockingly takes Vardaan’s side. Shashank gets upset that she isn’t believing his decisions blindly as before. He wanted her to support him. Juhi wants to decide for Sanjivani’s betterment.

Later, Vardaan tricks Anjali by lying about the patient, whom he was taking to Rahul. Anjali wants to attend the patient. Vardaan tells her that the patient is poor and he has got her for the treatment for free. He impresses Anjali by his fake good side. Anjali gets fooled big time. Vardaan rushes the patient to Rahul secretly. He is hiding a big secret from Juhi. Ishani wants to ignore her feelings growing for Sid. She teaches herself that she has to stay away from Sid and limit herself.

She doesn’t want her love to become a barrier in her love. Sid wants to get an answer for Ishani’s craziness. Very soon, Vardaan and Rahul’s business tie-up will get known to Shashank and Juhi. This will bring big changes in Sanjivani, since Rahul is the prime investor in Sanjivani now.