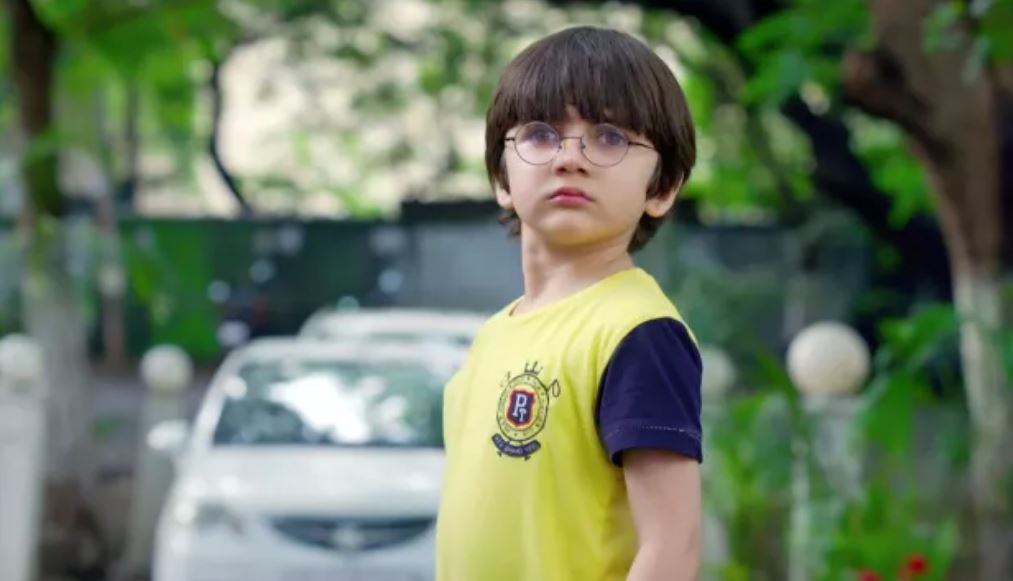 Yeh Rishta Kairav belief on his perfect parents Kartik and Naira get together again for a common purpose. Kartik fails to get back to Goenka mansion. He gets Naksh’s clothes to dress up and leave for the school interview for Kairav’s admission. Naira is bothered that Kartik has got the call from the school. She wonders why didn’t she receive the call. She wants to know if Kartik didn’t give her number or details in the admission form. She tells him that she will always be with Kairav and not wish anyone to snatch her rights. Kartik laughs on her silly insecurity. He tells her that he had mentioned all her details and maybe he got the call first by fate.

Their argument upsets Kairav for a while. He asks them not to argue and make them sad. He tells them that he wants to see them together and happy. He wants them to patch up. They apologize to Kairav and get smiling. Kairav fakes his upset face to bring them together. Naira knows of his drama, unlike Kartik. Kartik enjoys his son’s naughty side. Naira finds weird that Kartik had managed to get the admission process done in mid-term. Kartik hides the fact that he had made the big donation to the school so that he can get Kairav’s admission done.

Naira later realizes this fact. She knows Kartik can do anything for Kairav. Kartik looks forward for Kairav’s new start. He wants to make this on a good note. Meanwhile, Dadi gets worried knowing Vedika is not at home. Suwarna tells Dadi that she will try to find Vedika, who may have gone to her dad’s house. Dadi feels Vedika has gone to Singhania house. She is afraid that Vedika may bring a storm. Dadi’s fears turn true. Vedika really rushes to Singhania house to confront Kartik. Meanwhile, Kartik and Naira get ahead with the admission process.

They speak to the principal. Kairav gets confident to answer the questions. His admission gets done in no time. Naira gets surprised seeing the smooth process. Kartik tells Naira that he wants the best for their son. Naira wants the admission process to happen in normal manner. Kairav impresses the principal, who praises Kartik and Naira’s sync. Kairav believes that his parents are the best. He doesn’t know that Kartik and Naira are separated. Vedika waits for them. Vedika tells Singhanias that she has come to meet Kartik. She gets angered knowing he is with Naira again. Singhanias realize that Naira will be blamed again for no reason, when the fate is playing games.