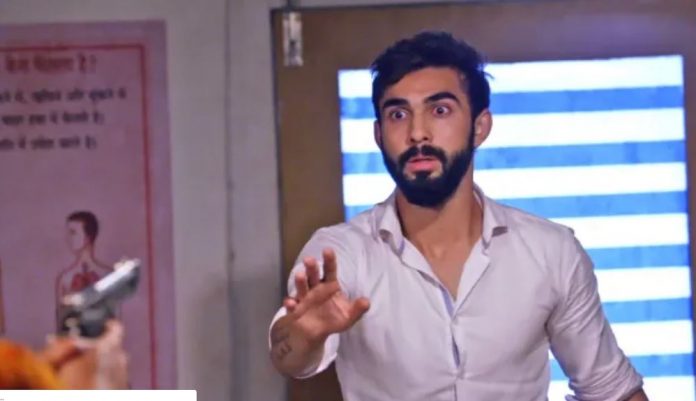 Yeh Hai Mohabbatein Tellyreviews Bhallas face a disaster Arijit wants revenge on Raman and Ishita by killing Yug. He tells Bhuvan that Mansi may not shoot Yug, so he has to do this work. He asks Bhuvan to kill Yug so that Mansi gets blamed for it. He tells that Yug shouldn’t get spared. He feels he is close to fulfill his enmity. He finds Neeti in pain. He wants Raman and Ishita to go through the same pain. He waits for the good news that Yug is killed. Ishita is terrified thinking Yug is in some danger. Raman senses that she is hiding something. When he asks her, she reveals about Vishal. She tells Raman that Vishal isn’t in the city and didn’t call Yug, which means Yug is in danger.

Raman doesn’t want to waste any time and just rush to save his son. He tells Ishita that they will save Yug from the enemy’s trap. Ruhi and Karan join Raman and Ishita. They want to find Yug. They get searching for him and realize that the trap is laid for Yug. They think their enemy is really clever. They get worried and pray for Yug’s safety. Sunil learns Bhallas’ tension for Yug. He tells Natasha about Arijit’s plans to kill Yug.

Natasha finds Arijit a dangerous person. He tells her that Arijit may frame them in the murder case, they should better leave from here. She doesn’t think this may happen. She asks him not to overthink. Sunil is terrified for a reason that he is involved in the doctor’s murder. He doesn’t want the truth to come out. Natasha wants to know how Arijit breaks down Raman. She thinks Raman will come with her as Shardul soon. Yug looks for Vishal after reaching the fake hospital set. He finds Mansi there. He gets a huge shock when Mansi threatens to kill him. He clears her misunderstanding that he didn’t kill the doctor.

He tells Mansi that he is being framed by an enemy. Arijit asks Mansi not to fall in Yug’s words. Mansi tells Yug that she won’t leave him free. Raman and Ishita track Yug and reach the hospital. Bhuvan informs Arijit about Bhallas coming to save Yug. Arijit doesn’t want Yug to get saved. He asks Bhuvan to kill Yug and not leave it to Mansi. He watches the live video. He is pleased seeing Yug begging for life. Mansi doesn’t listen to Yug. Bhallas try to stop Mansi from taking the extreme step. Mansi gets scared and tries to shoot when Arijit provokes her further. She fails to shoot. Arijit commands Bhuvan to shoot.

When Bhuvan shoots, Ishita sacrifices her life to save Yug. Ishita is shot which shocks Mansi. Mansi assumes that she has shot Ishita. She gets terrified. She can’t believe that she has committed a crime. Raman worriedly rushes Ishita to the hospital, while Ruhi informs the police about Mansi’s crime. Arijit rejoices and feels proud that Bhuvan has shot Ishita. He wants Bhallas to shatter post Ishita’s death. Ruhi breaks the shocking news to the family about Ishita’s critical state. This brings a wave of sorrow in the family. Will Ishita survive this attack? Keep reading.