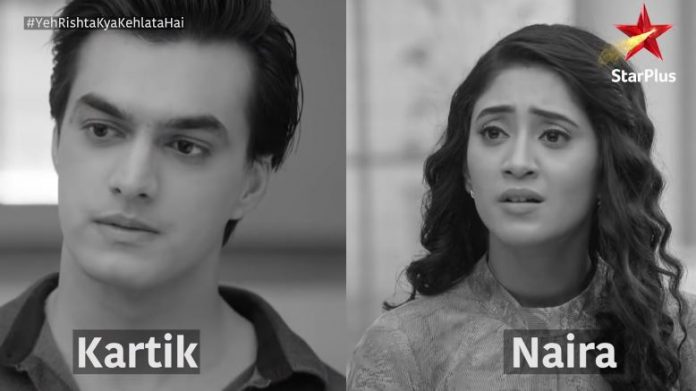 Yeh Rishta Latest Twists Marriage and Negative Shockers Kartik and Naira’s remarriage twist will be next one in the show. They have got married twice until now. They marry in a traditional way for the first time. The Christian wedding on their honeymoon brings Kaira’s together back. The lovers get separated when Kartik blames Naira for Shubham’s death. They unite once again after a short leap. They feel they will be together for the lifetime when they marry again. Kartik and Naira lived separated for long. Naira then faced a memory loss twist. The blood clot in her brain started affected her memory. Naira feared that she will forget Kartik. Kartik didn’t leave Naira alone. He married Naira in the hospital itself. He married her for the third time.

Still, their relation didn’t turn much strong by the multiple marriages, since Kartik does a huge mistake of doubting her character. The trust which should have been stronger with time, falls short because of Mihir. Naira gets helpless to leave Kartik and family, being disappointed with him. Naira lived alone with her child in Goa, by hiding her pregnancy and Kairav’s birth news from Kartik. She just wanted to keep her self esteem. Kartik and Naira meet again because of Kairav. Kartik gets into a marriage with Vedika.

Kartik still longs for Naira. He wants to marry Naira again, when he learns that his relation still has hope. Naira’s divorce twists are also repeated. Kairav wants his parents to be together. Vedika reveals to the family that Kartik and Naira’s marriage isn’t annulled by the five year separation. She wants them to get divorced, so that she can secure her marriage. Kartik and Naira get a relief with this news, since they were feeling the pain of illegitimate love feelings post Vedika coming into picture.

Nevertheless, Kartik decides to marry Naira for the fourth time when Vedika’s true face gets revealed. Vedika will be changing into a negative character to get an exit from Goenka family. Kartik and Naira will ultimately unite. This time, Kartik has to keep his promise of trust for long.

What do you think about the upcoming twists? Shoot in your comments to express your likes and dislikes on the show, this very post and possibility of upcoming track.