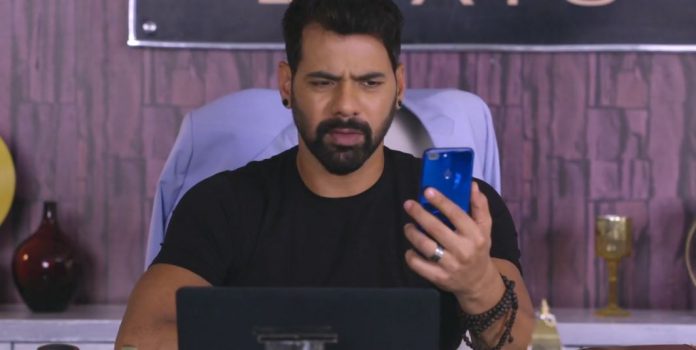 Kumkum Bhagya Zee5 Top Snips Galiyan Raabta more Raja Beta: Dadi believes that a miracle can happen and the girl in the house is Purva. She tells that God has sent this girl. Devi Parvati tells Alakshmi that everyone will believe it slowly. Purva keeps her hand on the diya kept in the temple and says I feel pain seeing your pain. She says if Purva’s pain is felt by you and you feel the burning sensation and pain then speak something. Pankhudi tries to oust her from the house, while Dadi stops her and lets her stay here. Pankhudi determines to get Vedant back.

Yeh Teri Galiyan: Asmita saves Shaan from the bathtub after he falls in it accidentally. They share a romantic moment. Krishi tells Asmita that she will do anything to get her Papa. Chahat comes to the fridge to take something, when Nandini pushes her inside and locks the fridge. Chahat cries calling Nandini. Nandini comes to Shaan and tells him that Chahat is nowhere seen and she searched her everywhere. Shaan asks how can you be so careless, can’t handle a little girl. Chahat cries calling Nandini and Shaan and feels suffocated in the fridge. Asmita hears her screams and opens the fridge. She saves Chahat.

Tujhse Hai Raabta: Pawar gives the forensic report to Malhar. Malhar reads the report and tells that only one thing is written in the report. Just then Kalyani comes there and slips. Malhar asks her to be careful while walking and sees a mark on her ankle. He asks about it. Kalyani gets up and says this is the punishment as I had worn the ghungroo that day and this mark was left on my ankle even now. She says it is not going off from my foot. Malhar says this means that the woman skeleton was having ghungroo on her foot. Kalyani tells that the skeleton must be of a dancer.

Kumkum Bhagya: Priyanka comes to the office and sees Rishi and Shahana together. She takes a knife and walks towards Shahana. Pragya tells Sarita that Priyanka is not stupid, but mentally ill and needs medical treatment. Priyanka then traps Rishi and hugs him, asking him to be always close. She kisses leaving her lipstick marks intentionally. Rishi is surprised.

Kundali Bhagya: Karan sees a gun in the goon’s bag, but the goon fools him. A boy asks Preeta if she knows Karan Luthra. Preeta says she doesn’t watch Cricket so she doesn’t know. Karan asks Boy to come and take selfie with him. He says you said that the girl is pretty, but she is not pretty at all. He says selfie would have been ruined with her.