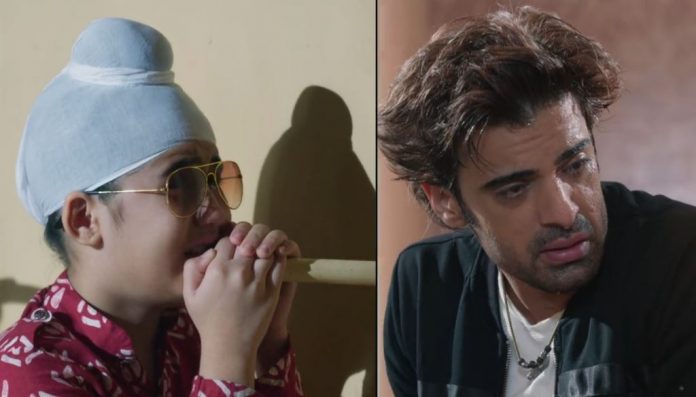 Kulfii Kumarr tracks Amyra Sikandar gets tortured Kulfi tries to get some help to save Amyra. She wants the problems to end. She gets praying to get some help. She thinks of Amyra and sheds tears. She cries for Amyra. She prays while singing an emotional song. Sikandar falls helpless that he isn’t able to find his daughter. He sheds tears. Kulfi gets a big shock when she learns about Amyra held captive. She wants to reach her soon. Sikandar thinks a lot and then gives up. He gets ready to kill the CM in order to save Amyra. The man asks him not to trick him and stay connected.

Kulfi hides in the trolley. Sikandar makes a mind to know the enemy’s plans beforehand so that he can make some changes. He thinks of the different identity given to him. He doesn’t want him to be framed for the murder. He wants to get free from the crime and blame as well. Sikandar is asked to change the seat. The man blackmails him about Amyra. Sikandar succeeds to change the seat. He follows the orders of the man. He meets the CM. The man orders him to go to the minister and kill him. Sikandar doesn’t think he would be able to do this. He wishes that something happens that he gets saved from committing the crime.

The CM goes for the public appearance. Sikandar gets falling in the trap further, when a man hands over a gun to him. Sikandar gets the gun parts while the man orders him to fix it and shoot the CM. Sikandar takes his seat. The man asks him to aim at the CM and shoot at once. Kulfi gets to see Amyra captive. She cries seeing her. She wants to join Amyra and get her freed. She has no idea that Sikandar is facing such a worse time. Amyra begs the kidnapper to leave her free. She wants to go to her dad. The kidnapper asks her to have food and stay fine. She refuses to have food. Kulfi hides from the goons. The man tells Sikandar that he has to shoot the CM if he wants to save Amyra. Kulfi wants to convey a message to Amyra.

Sikandar gets compelled to shoot. He loses courage, since he isn’t a criminal to shoot anyone innocent. The man asks Sikandar to complete his task else lose Amyra forever. Sikandar gets thrashed by the evil men. The man passes the order to kill Amyra. The kidnapper takes Amyra with him. Kulfi follows them again. The man asks Sikandar to pay the penalty now. He shows Amyra in danger to Sikandar. Sikandar breaks down seeing Amyra’s pain. Amyra and Sikandar get tortured by the evil goons. Kulfi looks at Amyra from far. She wants to free Amyra by getting some help. The man scares Sikandar of the dire consequences.