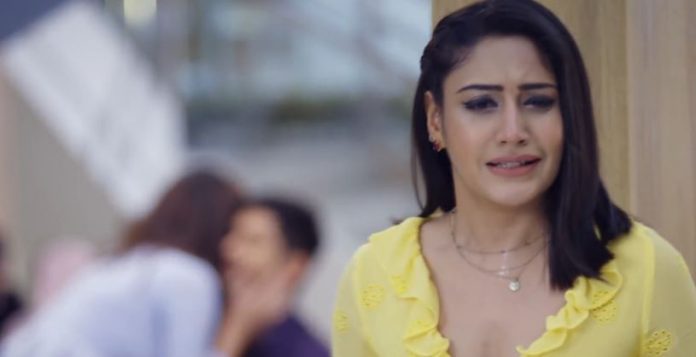 Sanjivani Upcoming Muskaan Today Highlights Sid and Ishani spend time while cooking the food. Sid wants to make an apology by preparing something special for her. Sid is a good cook and shows off his culinary skills. He teaches her some cooking and gives the tips. He makes the perfect rotis, which surprises Ishani. She gets daydreaming and romances Sid. Sid makes Aloo parathas for her. She can’t help but fall for him. She thinks he is a perfect gentleman, after seeing his unknown side of being a good chef. She thinks he is the most eligible bachelor. She wants to be with Sid always.

She imagines him while seeing him in reality. Sid doesn’t want her to cry because of him. He makes her feel special. Their friendship gets stronger. He is happy that she isn’t staying away from him because of her germophobia.

Muskaan Today Highlights: Ronak and Muskaan reach the pandal on time for the election campaign. Saaho asks them the reason for coming so late. Ronak asks her to let Muskaan give her speech first, then he will tell her about the hurdles he faced on the way. Saaho asks her to go ahead on the stage. Muskaan gains strength from Ronak to address the people. Maalik fails her plans by revealing her dark truth that she belongs to a brothel, she used to dance there for money. He insults Muskaan and tells them that her profession is dance. He tells that she is a stain on womanhood.

Muskaan gets sinking in sorrow. She can’t tolerate the filthy words. Maalik changes the banner and shows the Ghungroo, which signifies her profession. Ronak defends his wife. He tells them that Muskaan is pure like Ganga. Maalik tells them that Muskaan had tried to woo Inder and him by saying her sorrowful story. He lies to them and stains Muskaan’s character. Ronak tells them that Muskaan isn’t playing any game. She asks Maalik how could he ruin her image for his motives. She scolds him for falling more low. She tells him that he has always done the same to suppress women’s voice. She doesn’t want to keep quiet.

She tells them that she will always raise her voice and fight for the village women. Muskaan tells the villagers that she really belongs to the brothel. She doesn’t think this should affect her campaign. Ronak and Muskaan leave from there to reach the safe place. Maalik asks his men to catch them. He thinks for how long will they run like this. Muskaan feels sorry that Ronak is bearing this because of her. Ronak asks her not to worry.

The lady asks them to show Sita Haran play in such a way that the people understand its meaning. Muskaan and Ronak play Sita and Ram, and present Maalik as the Raavan. Sita tells them that Maalik has bought her for 5 crores, he kidnapped her and got her to his Lanka. She inspires the women to raise their voice against Maalik and get their freedom. Hukum and Maalik get worried when Muskaan stains their image. Muskaan fails their evil plans. Will Ronak manage to get the people’s votes and make Muskaan win the elections? Keep reading.