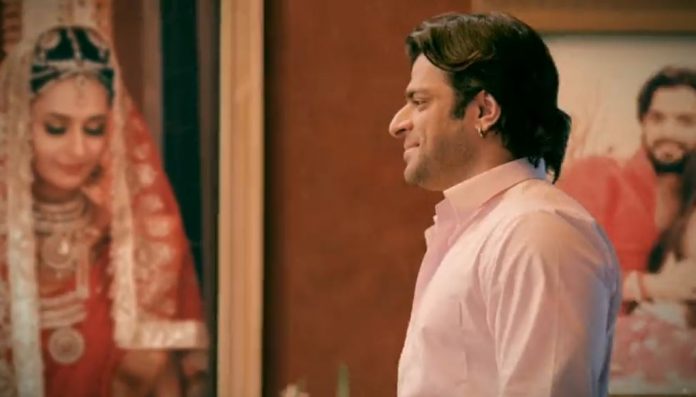 Yeh Mohabbatein Real Raman confusion and twists Natasha tries to hurt Ishita mentally. She reveals that Raman is Shardul. She asks Ishita if her family didn’t tell her about the real Raman coming back. Ishita asks Ruhi what’s happening. Raman is worried that someone had called home by his name. He doesn’t know who is behind this. Ruhi doubts that Natasha is doing this to break their happiness. She makes Natasha out of the hospital. Raman wants to find out the culprit. He feels his hidden enemy is doing everything. He wants Ishita to be safe. Natasha tells Sunil that she is very happy. He is worried since he is involved in Mishra’s murder.

She asks him not to worry, since she doesn’t care for Bhallas. She wants to get the diamonds and get rich. Sunil gets blackmailed by Arijit. Bhuvan scares them. He asks Natasha to speak to Arijit. He makes the excuse to get her phone. He gets her call logs to get Mamta’s number. Arijit and Bhuvan trick Natasha. She tells him that she is also up to a new plan. Bhuvan tells Arijit that he has got Mamta’s number and now they can call her up. Bhuvan calls Mamta for a meet by Natasha’s name. Ishita learns that the family is worried since a call came by Raman’s name. She feels someone is using Raman’s identity.

She shows her belief on Raman. She tells him that the family will also believe him. Raman asks Ruhi if she doubts him. Ruhi asks him not to think wrong. Ishita wants to stop the family from falling in any trap. She tells them that she wants to go home soon. Sudha asks Raman and Ishita to stay safe in the hospital. She wants Ishita to recover completely. Ishita wants to go home to protect her family, who are mentally vulnerable after Raman’s call. She wants to explain them that they have Raman with them. She wants to fail their enemy’s plan. Sudha agrees to finish the discharge formalities.

Later, Arijit meets Mamta and bribes her. He wants her to get against Natasha. Mamta doesn’t agree at first. When he pays her a hefty amount, she agrees to obey his orders. He wants his identity to be kept a secret. He is happy to change the game completely. He feels Natasha is also a trouble in his way. He wants to get rid of her. He plans to trap Natasha in Mishra’s murder by using Sunil. Mamta gets greedy for money. He wants her to go to Bhalla house and expose Natasha’s plan. Ishita returns home and unites with her family. Her dad is worried that none informed him about Ishita’s state.

The family didn’t wish to give him more stress. Ishita finds peace being at home. Ishita asks them to just believe Raman. She doesn’t want to see anyone suspecting Raman. She asks them to become their strength. She tells that Raman worries for all of them. Raman pleads to prove his identity to the family again. He tells them that he is the real Raman, no one can take his place. The family gets emotional and believes him. Mamta meets them and exposes Natasha’s crime. She gets Natasha arrested for Mishra’s murder. Arijit acts smarter than Natasha and gets rid of her.