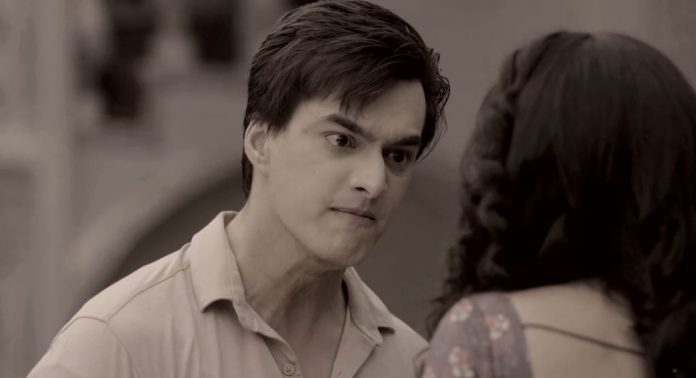 Yeh Rishta Stunning Highlights Courtroom drama begins Kairav gets a wish to meet Kartik at night. He longs for Kartik so much that he can’t stay with Singhanias. He tells Naira that he wants to stay with Goenkas, finding them more loving. He knows even Singhanias love him a lot, but misses everyone from Goenkas. He tells her that they should go and meet Kartik. Naira tells them that its no fun to meet the same people every day, they should maintain some distance so that they can like the meetings. Kairav tells her that he isn’t talking about others, but his dad. He wants to live with his dad like all his friends live. Naira feels bad that she isn’t doing justice with him.

She gets worried for Kairav. On the contrary, Kartik is engulfed in his own sorrow. He tries to avoid Vedika. She tries to show her rights on him. He gets rude towards her and apologizes. She shares the room being his wife. He gets uncomfortable by her presence. He gets surrounded by Naira’s memories. She knows that she has been much angry on him. He forgives her for expressing her emotions. He makes a work excuse and goes away. Vedika knows that she has been harsh towards him, but fate isn’t easy for her as well.

She cries her pain out. She wishes that Kartik loses the case and also Kairav, so that Naira and Kairav get away from their lives. Meanwhile, Manish and Samarth take Kartik for meeting the best lawyer in town, Damini Mishra, who is confident to win in every case. She doesn’t want Kartik to make the case weak by his emotions. She tells them that she knows everything about Kartik and Naira, since she has researched about it. She doesn’t want them to fail her in her career. She asks them to let her handle the case in her way.

She is ready to play unfair moves to win the case. Kartik doesn’t want to adapt any unfair means to snatch Kairav from Naira. He asks Damini to keep in mind that Naira’s dignity shouldn’t be questioned. Damini explains them that she will be taking the decisions to get victory for them. She asks them not to hide anything from her regarding the case. She asks him to submit all the family details. She gets rude towards Kartik, when he sounds weak. She asks him not to admit anything in the court, since his statements would make them lose the case. She asks them to make sure that they follow her rules.

Later, Naksh comes to talk to her for hiring for the same case. She tells him that she has already been hired by Goenkas. She asks Naksh to find someone else for the case. Naksh is sure that Naira will win, since her case is strong. He tells them that court will always decide in favor of the mother.

Damini asks Kartik to rest assured, he will get the child custody with ease. She knows how to manipulate relations in the court. Naksh rushes to hire some other lawyer for Naira. Kartik and Naira are sure of each other’s goodness, that they won’t stain each other’s character in the court. They show belief on each other. Dadi is worried for Kairav. She wishes that the matter gets solved out of the court.

Dadi doesn’t like Damini, who plays with people’s sentiments in the court. She gets hopeful that Kartik and Naira drop the case before the hearing date arrives. Naksh informs Naira that Damini is hired by Goenkas now. Naksh doesn’t know how to ensure Naira’s victory. He gets stressed, and asks Naira not to worry.

Naira gets support from her family. Naira wants to explain Kartik that they will drop the case. She doesn’t want Kairav to get dragged in the court matters. Kartik shockingly informs her about the court hearing due on the next day.

He summons her to the court. He asks her not to delay further. Naira doesn’t know how to convince him. She tells Naksh that Kartik is too adamant and isn’t listening to her. Kartik warns her about the custody battle. Naira fears of losing Kairav. She asks the family to take Kairav for a picnic, while she goes to the court for the hearing.