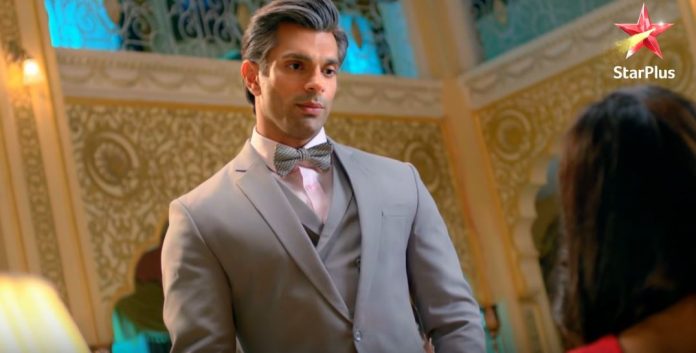 Kasauti Bajaj summons Komolika Time for Villains strike Anurag and Prerna have a series of moments when they get away from the family for a while. Mr. Bajaj gets busy in performing the aarti with his daughter. Maasi understands that he is losing his cool. She doesn’t know what move will he make next. She thinks it will be better if Prerna unites with her lover, so that Tanvi gets a place in Mr. Bajaj’s life. Anurag offers help to Prerna. She doesn’t like to depend on him. He warns her that she may hurt herself. She really falls down, but he gets to her rescue in time. They have sweet moments of love.

Anupam warns Mr. Bajaj against hurting Anurag. He curses Mr. Bajaj to get punished for his crimes. He is upset that Mr. Bajaj is trying to kill Anurag. He tells him that Prerna will really go back to Anurag. Mr. Bajaj tells him that she can go only if her husband permits her. He doesn’t want to let her go since he has fallen in love with her. He wants Prerna in his life. He madly gets after her. Anurag tries hard to make Prerna realize his love. She gets fed up by his attempts. He tells her that he is never fed up by loving her every day, every moment.

He recalls their old times, how they first met and fell in love gradually. He pushes her down the memory lane so that she realizes his true love. He tells her that his love is true and intense, he can do anything for her. He tells her that he is ready to change himself if she doesn’t like him. He tells that he just loved her and will always love her. He asks her if she has forgotten their small world of happiness and togetherness. He tells her that he can just dream of a family with her. She gets emotional hearing his speech.

She cries a lot and turns close to him. She tries to control her emotions. He asks her not to run away from her own self, since he will never leave her alone. He won’t be tired of convincing her, even if she takes a lifetime. He tells her that he won’t let her go away. He asks her not to limit her feelings for long. He knows her marriage truth. She denies it at first. He tells her that he knows her very well and its no use that she lies to him. He tells her that their pairing is made in the heavens, even Rajesh and Moloy wanted them to marry. He tells that Komolika was unwanted in their lives and they got rid of her, and even Mr. Bajaj is unwanted. He wants to get rid of Mr. Bajaj as well.

He tells her that he knows about her true love for him, which she isn’t able to accept now. She asks him not to repeat the same things. She gets emotional thinking of Rajesh. She misses him a lot. He tells her that Komolika had done the accident to take revenge on their fathers. She asks him why didn’t he tell this before. He didn’t wish to hurt her heart. When she denies to love him, he hurts himself. She turns caring for him and sheds tears. He tells her that her tears prove everything, that she still loves him.

Mr. Bajaj turns fuming watching their romance. He wants to shift to other house soon. Anurag challenges him that he will get Prerna back. Prerna tells Mr. Bajaj that they will go after nine days, once Navratri ends. Anurag thinks the nine days are enough to get Prerna back. He asks Mr. Bajaj to do anything to stop him, but he will continue his quest to win his love. Mr. Bajaj plots to get back Komolika in their lives, so that Komolika hinders Anurag’s plans. Veena also feels that Anurag is the best match for Prerna, since his love is true. Prerna falls weak when Anurag reminds his love to her every with a hope that she will accept him. Mr. Bajaj turns out to be Komolika’s savior, who gets her back in their lives timely to create a new havoc.