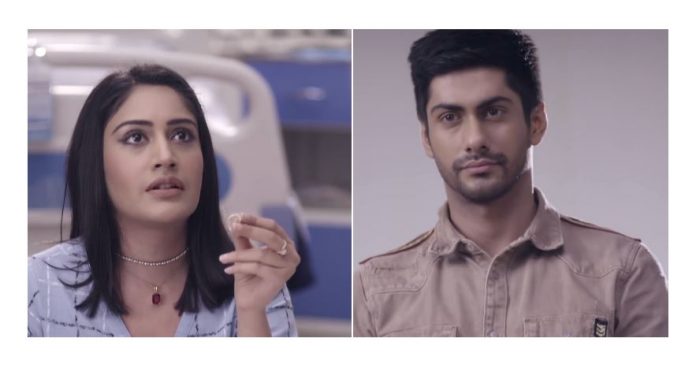 Sanjivani 2 Proposal moment for Sid and Ishani Shashank and Juhi learn that Jessica has been battling with cancer. They don’t know how to cure her illness when its at the final stage. Sid and Ishani get hopeful that there will be some way to save Jessica. They don’t want to lose so soon. Shashank tells them that they still have a ray of hope, they can get Jessica treated at the best centres where clinical trials for the particular disease is going on. Jessica is excited to get married to her love Jignesh. She check marks the list of things to do so that she can help Jignesh as well.

She expresses her dreams for a grand wedding. Shashank with a heavy heart breaks the truth to Jessica and her family. He tells them that they can still have hopes, since letting down hopes won’t help them either. He wants Jessica to battle for her life and stay happy so that the clinical trial procedure works better for her. Sid and Ishani sympathize with Jessica. They feel bad that they couldn’t help Jessica. Shashank asks Jessica to decide if she wants to go ahead with the treatment or not.

He explains that the cancer will spread further even after the treatment begins, since she has a maximum of one year left to spend with her family. Jessica loves Jignesh a lot and doesn’t want to ruin his life by marrying him. She thinks she should break up with him so that he moves on with someone else. She decides to call off the marriage. She shocks Jignesh by telling him that she doesn’t love him and won’t marry him. Jignesh wants to marry her even after knowing that she won’t be alive over a year’s time. He loves her and wants to fulfill her dream of marriage. Jessica feels he has a right to have a good future. She gets harsh towards him.

Sid also expresses his pain that he couldn’t tolerate Jessica going away this way. Ishani tells him that life, dreams and memories don’t end this way. She asks him to keep hopes. Ishani consoles him and expresses that Sid has really changed her life. She gives the credit to him for bringing positivity in her. They have an emotional moment. They try to pacify Jessica, who angrily makes Jignesh leave away. Jignesh is also determined to convince her. He goes to get a proposal ring.

He wants to propose her in a grand way as per her wish. Sid asks Ishani to call Jignesh so that they can speak about Jessica. Ishani wants Jessica to be happy. Sid tells her that they will fulfill Jessica’s dreams and make her so happy that she has no regrets. Sid and Ishani plan to get her married to Jignesh. Ishani gets touched by Sid’s gesture. She thinks she loves the right person, when she hears his take on life and relationships. Shashank breaks down seeing a young life ending this way. Juhi gives him strength. Sid and Ishani meet Jignesh and learn that he is ready to marry Jessica. They support the lovers. Sid and Ishani plan a grand engagement for Jignesh and Jessica. Ishani rehearses a proposal. She proposes Sid with love.