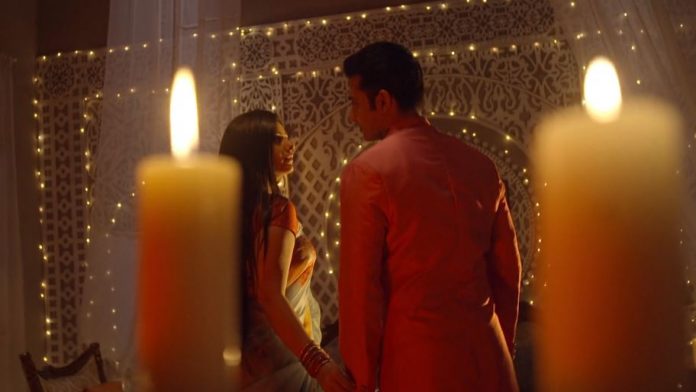 Star Bharat Prime Muskaan Conspiracy strikes Ronak Muskaan and Ronak try to lecture the villagers and bring them to senses. They teach a lesson to them by revealing Muskaan’s life journey. Ronak tells them that Muskaan’s life has been tough, but she is inspiring. He asks them to get their freedom as Muskaan is also attempting the same. He praises his wife Muskaan. He tells them that Muskaan has always faced the tortured and stayed strong. He feels proud of her. The Sita haran play gives a message to the village that they should also believe in women power.

Ronak exposes Maalik, who bought Muskaan and forced her to come to Vidhangarh. Saaho asks the reason for hiding their relation. Muskaan tells her that Maalik always threatened her and kept her caged. Ronak asks Saaho to get Maalik arrested. He wants his friend to get freed. Maalik gets arrested by his wish. He makes a new plan to fail Muskaan’s campaign. Amma and Hukum try to help Maalik and get him out of the jail. Ronak is happy that Maalik has gone to the jail. He thinks they got justice. Ronak tells Muskaan that very soon they will make their happy family. Muskaan romances Ronak in her dream.

She wishes her dream turns true. Ronak tells her that its his promise that none will separate them, they will always be together. Maalik and Hukum conspire against Muskaan. Maalik wants to defeat Ronak first. Hanumant meets Ronak and tells him that they should be at the polling booth on time. Ronak apologizes for not saving him on time. He loves his friend a lot. Deepa meets them to reveal Maalik’s plan to win the elections. She tells them that Maalik is trying to bribe the villagers and buy their votes for Amma. Muskaan wonders how will they win now. Ronak and Hanumant make a plan to undo Maalik’s plans.

The caretaker meets Hukum and strikes a deal. She gives him details of Ronak’s location. She wants her lost respect back in the village. Hukum agrees to her and sends his men to capture Ronak. Ronak falls in big trouble when he gets caught. Maalik further frames him in polling booth fraud to disqualify Muskaan from the elections. Ronak gets arrested for the crime, while Maalik targets lonely Muskaan.