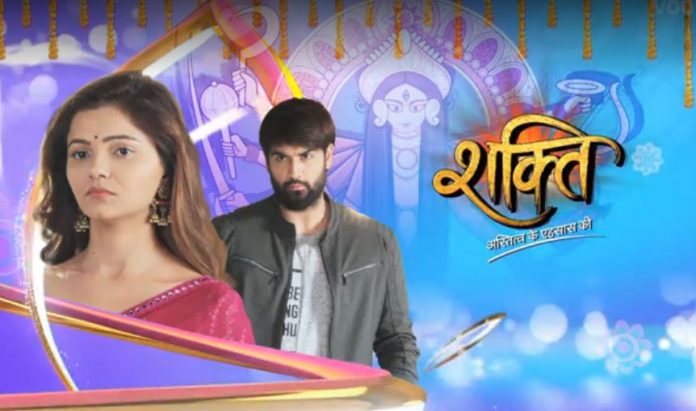 Shaktii Spoilers Bahu Begum Upcoming Twists Mahi calls Vedant and tells him that she is going to her Maayka with Heer. She asks her to kidnap Heer from the way and tells that bodyguard is coming with them. Vedant says I will handle the bodyguard. Mahi says I will call you before leaving the house. Preeto asks Soumya to do something and asks why she is silent. She asks her to take out some way. Mahi takes Heer with her. Heer waves bye to Soumya. Soumya thinks about how to stop her. Mahi betrays Vedant as well. She sends the police after him. She leads Preeto and the police to arrest Vedant. She changes her side shockingly. Vedant can’t believe that she has got the police with her. He tries to escape, but police shoots at him.

Bahu Begum: Asgar beats Dilruba after knowing his feelings. He asks how dare you ask me to keep a transgender with me. He slaps him. Shayra tries to Dilruba’s rescue. Asgar is about to slap her, but Razia comes and slaps him hard. Asgar falls on his mother’s feet. Razia sees the lady and gets shocked, calls her Ammi. Ghazala makes a shocking entry to create troubles for Razia. She has her old scores to settle down. Noor gets angry on Asgar and Surayya. She takes a dagger to attack Asgar. She asks them about Razia.

She tells them that she will kill her if they hurt Razia. Surayya asks Noor to leave Asgar, he may get hurt. Asgar tells them that he doesn’t know anything. Noor doesn’t listen to him. Ghazala keeps a knife at Noor’s neck and asks her to get back, she will kill her if she hurts her son. Noor oesn’t get scared. Noor can’t lose Razia. The family doesn’t know where did Razia go. Razia is affected by her past.

Noor blames Ghazala for disappearing Razia. Azaan stops Noor and Ghazala’s fight. Noor asks Azaan to call the police. Razia calls them but doesn’t talk. Noor tells Azaan that she knows Ghazala well, she doubts on her. Azaan doesn’t believe Noor, who tells him that Asgar and Surayya are also evil. Azaan wants to know where is his mum. He rushes to locate her phone and reach her.