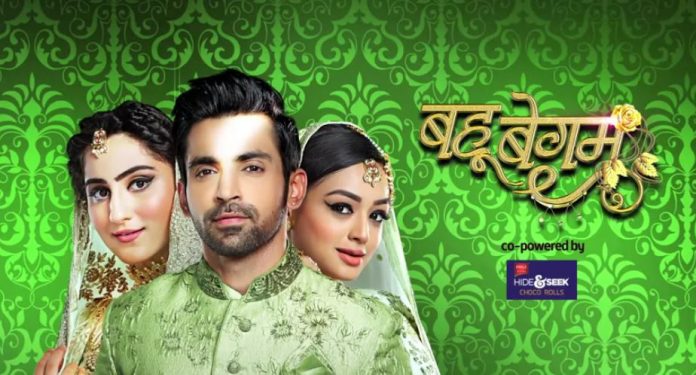 Bahuu Begum Colors Voot Blame game begins Azaan and Shayra fight once again. Ghazala tells Azaan that Shayra doesn’t want Asgar and Surayya to leave the house. She tells Azaan that she was kicking out Surayya and humiliated her as well, but it was Shayra who couldn’t tolerate this sight. She tells that she doesn’t want anyone in the family to doubt on her. She acts innocent. She threatens to leave the house and return to her city. Azaan wants her down. Razia wanted Asgar and Surayya to leave, since they are evil. Shayra tells him that she didn’t wish to go against Razia. She can never go against Razia’s decisions. Azaan argues with Shayra. He asks her not to be so good towards their enemies.

She clears his misunderstandings. She tells him that he should have asked her before believing Ghazala. She tells that Ghazala lied to him. She is hurt that he believed this, when he knows that she didn’t get against Noor until now. She asks him to always believe her. Azaan apologizes to her for doubting her. She wants him to promise that he will always have faith on her. He tells her that Noor has also done wrong with them. She tells him that Noor is his well wisher, she was just misled by others, they should help Noor if she wants to come back on the right path.

She asks Azaan to help her reform Noor. She can’t guarantee about Asgar and Surayya. Azaan and Shayra have a clash of opinions. He doesn’t want any tension in his marriage because of Noor. He senses that Noor is up to some evil plan once again. Shayra doesn’t believe him. Ghazala wants to use Noor against Shayra. Ghazala wants to play more tricks to trouble Razia. Azaan loves Ghazala a lot and wants her to live with them. He hopes that Ghazala drops her cheap tactics against Shayra. He has no idea about Ghazala’s hatred for Razia.