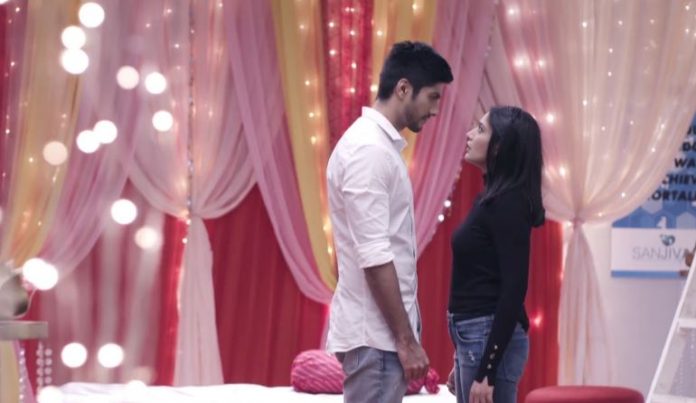 Ishq SubhanAllah Sanjivani 2 Spoilers lined Kabeer and Zara meet at Aisha’s grave. They get emotional. He tells her that he had maintained a distance with her so that she stays fine. He shares her fears. He tells her that he just wished them to stay fine. He tells Zara that he has lost Aisha and now doesn’t want to lose her. Zara asks him how could he have such wrong beliefs in mind. She wants to reconcile with Kabeer.

Sanjivani 2: Everyone is aware of Sid and Ishani’s budding love in Sanjivani. Sid finds Ishani avoiding him all the time. He wonders what’s the reason. He gets confronting her feelings. He asks her if she has fallen in love with him. She refuses to love him. He tells her that she has really fallen for her. She goes on refusing to him. She doesn’t want to confess love. They get busy in the marriage arrangements.

They take care of each other. Ishani makes floral garlands. She falls asleep. Sid cares for her and puts her to sleep. Later, he plays a prank on her and proposes her. She denies to him. She tells him that she doesn’t love him. He asks her why is she running far from him if nothing is bothering her. She loves him a lot and fears a rejection.

Patiala Babes:
Babita realizes that she has forgotten Minnie’s birthday for the first time. She didn’t even wish Minnie. She feels sorry that she is a bad mother, to forget Minnie’s birthday. Minnie reaches the Dhaba. She learns about the food catering order from Hanuman. She gets excited to know that Babita and Hanuman are planning a surprise for her. Her happiness is short lived, when she realizes that Babita has forgotten her birthday. Hanuman pacifies Babita. He wants to make her for her mistake.

Mintu accompanies Nimki to meet Anaro. She teaches him Babbu’s mannerism and behavior. She doesn’t want Anaro to know his truth. She wants to cure Anaro. She tells him that she has to be just Babbu for Anaro. Mintu gets into Babbu’s avatar perfectly. Mintu’s heart really melts thinking of Anaro. He gets emotional. He wants to meet Anaro soon. Nimki wants to train him perfectly. Mahua doesn’t want Tunne to work as any minister’s driver. She feels Nimki will insult him. Tunne doesn’t think so.

Tunne meets Mishra and joins as his driver. Mishra tells him that he has to work well and not expect much leaves. Ganga threatens Parag. She tells him that she can do anything for her political power. Nimki shows Babbu’s picture to Dadi. She tells them about Tetar Singh, Babbu’s father. She takes Dadi’s permission to take Mintu to Anaro for few days, so that he can help her recover. Nimki tells Dadi that Anaro will never be able to snatch Mintu from her.