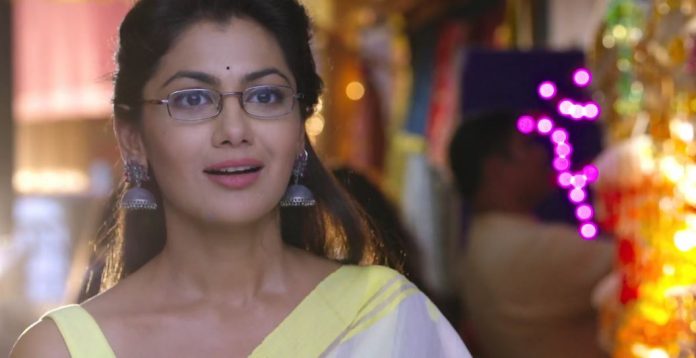 Kumkum Bhagya Court drama Zee5 Spoilers Abhi and Pragya have an argument. Pragya meets Disha at her house and tells her that she had met Abhi and he doesn’t respect her opinion even now, he feels that whatever Pragya is saying is wrong, and doesn’t want to listen to her. She says he takes matters on his ego. Abhi tells Meera about Pragya and tells that when she is not with him, he talks to her and maybe his talks/feelings reach her. He asks Meera if she wants to see Pragya’s picture. Meera is about to see the picture.

Tujhse Hai Raabta: Pawar sends the eye witness’ sketch to Malhar by someone. The guy tells that it is the sketch made by the artiste of the witness. Before Malhar could see the sketch, Atharv collides with him and the sketch falls in the mud. Anupriya sees it from far and gets tensed. Malhar picks the sketch and looks on it. The sketch is ruined because of the mud stains on it. Asawari sees the recording and comes to know that Anupriya is misunderstanding herself to be the murderer.

Aao Saheb shows faith in Anupriya and says she knows her and knows that she can’t kill anyone even during epilepsy attack. Anupriya has a misconception that she is a murderer and Asawari is going to take full advantage of the situation. Sarthak tells Kalyani that his feelings are meaningless as it is not confessed to Anupriya. He says I love Anupriya, but hid in his heart and says if it remains in heart for much time then it becomes repentance. Kalyani realizes love for Malhar and says I love you. Malhar is surprised.

Main Bhi Ardhangini: Adhiraj tells Chunnu that Vikrant took both Malmal and Mohini with him and will do anything to make Malmal alive again. Vikrant tells Malmal that he has to marry this Naagin Mohini to make her alive. Mohini says we are the magical world’s creature and only Kaal Purohit can get us married. Vikrant brings Kaal Purohit there with his magic. Mohini sees Kaal Purohit and gets shocked to see him.