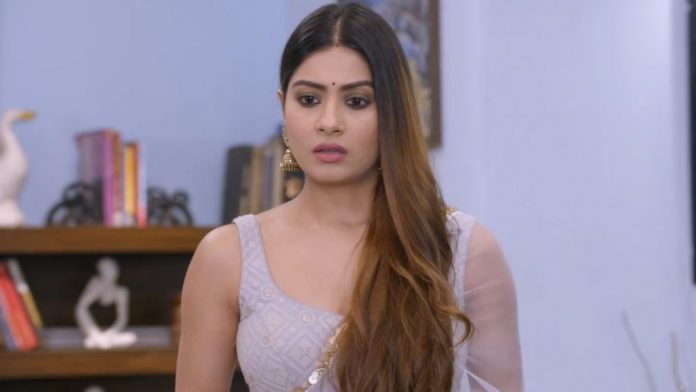 Yeh Hai Mohabatein Aliya clued Arijit plan backfires Sunil reaches Natasha to clarify about his lie. She confronts him for cheating her and getting her arrested for the crime she didn’t commit. She asks him how can he do this with his sister, when his duty is to protect her. He feels ashamed. He gets helpless to lie to her again. He hides the truth that he has stabbed Dr. Mishra by mistake. He tells her that someone is blackmailing him and compelled him to do this. He tells that he was afraid when someone threatened to kill her. He tells that he has done this to save his family. He assures to help her and save her life. She forgives him knowing the tale.

She wonders who is doing this with them. He tells her that he can’t tell the police about the blackmailers. He doesn’t want to get arrested in order to save Natasha. He wonders how will he save her from the police. Meanwhile, Ishita is worried for Neeti, who is left all alone in the ward. She tells Raman that even Neeti’s dad has left Neeti unattended in this critical hour. She sympathizes with Neeti. She wants to know how could someone leave a daughter behind. She tells Raman that she isn’t able to forget Neeti.

Raman asks her not to do any social service again by putting her in risk. He wants her to stop interfering in others’ matters. He is afraid to lose her. Neeti’s nurse apologizes to Neeti. She doesn’t want to fight Arijit again. She messages Arijit to explain his responsibilities. He gets angered by reading her message. He heals the wound he got by Neeti’s biting. He asks the nurse to mind her own business and get paid for it. He can give her any amount to get the work done. He gets irritated on her. He wants to shift Neeti from the hospital soon.

He knows how to handle his daughter. He thinks Ishita is very smart and would reach Neeti again. He wants to shift Neeti back home again. He thinks he can’t go there alone, since Bhallas are also there. He calls Bhuvan and takes his help. He lies to Bhuvan that Neeti is his friend’s daughter, they have to shift Neeti to a safe place, since she is mentally depressed. He doesn’t reveal that Neeti is his daughter. He tells Bhuvan that they should plan something to get Neeti. He asks Bhuvan to make a plan. Bhuvan shares the escape plan and gets applauded by Arijit. On the other hand, Ishita still gets affected by Neeti’s sight.

She tells Bhallas about Neeti, the young girl she met at the hospital. She feels she should help Neeti. Raman asks Ishita to keep her word and not go after Neeti. She doesn’t listen and tries hard to find about Neeti’s dad. Raman tells Aaliya that he knew Ishita would do this and had a bet on this. He tells that he knows Ishita well. Ishita tells them that she is genuinely concerned for Neeti. Aaliya feels she has heard Neeti’s name. She misses to recall that she heard Arijit mentioning this name. Raman asks Aaliya not to overthink like Ishita.

Later, Ishita finds two people entering Neeti’s room at night. She goes to check on Neeti and doesn’t see Arijit and Bhuvan. Neeti panics on seeing her. Ishita gets worried by Neeti’s reaction. She wants to know if Neeti knows her, if they were connected in the past. Aaliya and Mani try to find about Neeti, knowing their rival company owner name is the same. They want to know about Neeti’s dad. Arijit gets alert about Bhallas finding him. He gets more careful in dealing with them. He fails to shift Neeti. He gets too worried for Neeti’s safety, assuming Bhallas to be her enemy.