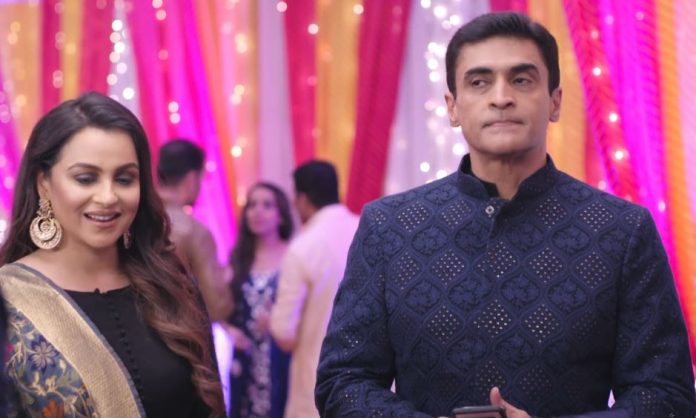 Sanjivani Latest Shashank plans truth confession Sid and Ishani have a romantic moment. Sid can’t see her getting hurt. He scares her to see her expressions. He tells her that she is turning weirder. Elsewhere, Anjali gets worried when she finds Shashank’s fluctuating BP. She asks him to take care. She senses that he met Juhi and had an argument with him. She feels Juhi is the reason for his tension. Shashank asks Anjali not to bother about his health. She gets angered on Juhi and blames her. Juhi doesn’t think she deserves this insult. She tells Anjali that she stayed away from Sanjivani for ten years just because of Shashank. She tells that Shashank had put her in guilt and self doubt over her capabilities.

Anjali expresses her hatred for Juhi. Juhi tells her that she never knew about Shashank’s love. She tells that she just got to know this and its obvious that she would react like this. Anjali tells her that she definitely has a problem with her, knowing their age difference. She doesn’t want to be second priority for Shashank. She feels Juhi has snatched her place. Vardaan gets involved in illegal activity. He gets the patient killed for his motive. He asks his doctor not to let anyone know about their hidden agenda. Neil questions Vardaan about appearing in the luxury ward suddenly. Vardaan answers Neil by tricking him.

Vardaan manages to save himself. Sid and Ishani try to rush with the marriage arrangements. They decide to postpone a patient’ surgery. They check the patient and find him critical. They rush the patient for the surgery. They complete the surgery and are happy that they saved time. They learn about Jessica’s shocking reaction to her illness. They meet Jessica and find her cutting her long hair. Jessica tells them that she is losing her hair and its not a good sign. She feels she will look ugly and it will be a trouble for Jignesh.

She doesn’t want Jignesh to regret their marriage. Sid and Ishani pacify a dejected Jessica and inspire her to believe in herself. They ask her to believe that she is pretty and the best. Rishabh likes to get all the attention. He doesn’t want his dad to tell everyone about their relation. Shashank warns Vardaan against doing anything evil. He tells Vardaan that he will throw him out if he catches his mistake. Vardaan asks him to hurry before it gets later.

Shashank gets suspecting him. Shashank and Juhi meet in the function. They admire each other. He wants to confess his feelings for Juhi. He is hiding a crucial truth from her. He thinks Juhi has a right to know everything about his past decisions. He decides to confess the truth to her. Anjali gets upset seeing them. Sid and Ishani’s love story begins during Jessica’s marriage. What truth does Shashank want to confess? What vicious plans are on Vardaan’s mind? Will Anjali accept Vardaan’s proposal in the party? Keep reading here for more on Sanjivani 2.