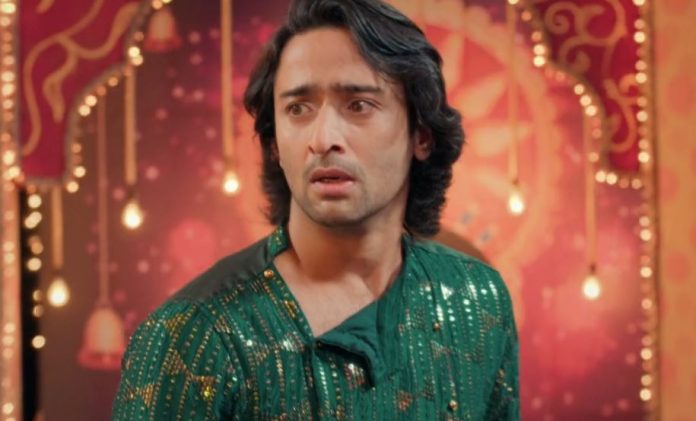 Rishtey Pyaar Gathbandhan Upcoming Spoilers Dhanak gives another chance to Raghu. They celebrate Ronak’s birthday. Akshay isn’t invited. He gets the joker’s disguise to reach Dhanak. He intervenes in Dhanak and Raghu’s moments. Dhank wants Ronak to be happy. She finds Raghu loving Ronak a lot. She wishes a happy family, only if Raghu and Maai mend their ways. Maai enjoys spending time with Ronak on his birthday. Raghu gets emotional to celebrate his son’s birthday for the first time. Akshay tries to spoil his happiness. Raghu wishes to get Dhanak back in his life.

Yeh Rishta Kya Kehlata Hai: Abir is much hurt because of Mishti and Kunal’s clash. He knows its Kunal’s mistake to break Kuhu’s heart by the divorce move. He wants to apologize to Mishti. Mishti is much angry on Abir for hiding Kunal’s eloping truth. She asks Abir how can he cover up his brother’s mistake. Abir drops her home and hopes to end her annoyance. She tells him that he has a heart of gold, he loves his brother a lot and he is just protecting Kunal by covering his mistakes.

She knows Abir well. She tells him that unless he realizes Kunal’s mistakes and accepts the truth, she will not like to meet or talk to him. She asks Abir to make a leave. Abir doesn’t want their break up. Kunal gets guilty. He didn’t wish to ruin Kuhu’s life. Abir wants to speak to Kuhu and give an assurance. He asks Kuhu not to cover up Kunal’s mistakes. He asks her not to live in fear that Kunal will abandon her. He supports Kuhu. She wants to go to Maheshwaris. She feels Kunal will never respect their marriage. Abir feels he has been wrong and needs to change. He wants to do justice with Mishti and Kuhu. He recalls his promises made to Mishti. He wants to fulfill all his promises towards her.