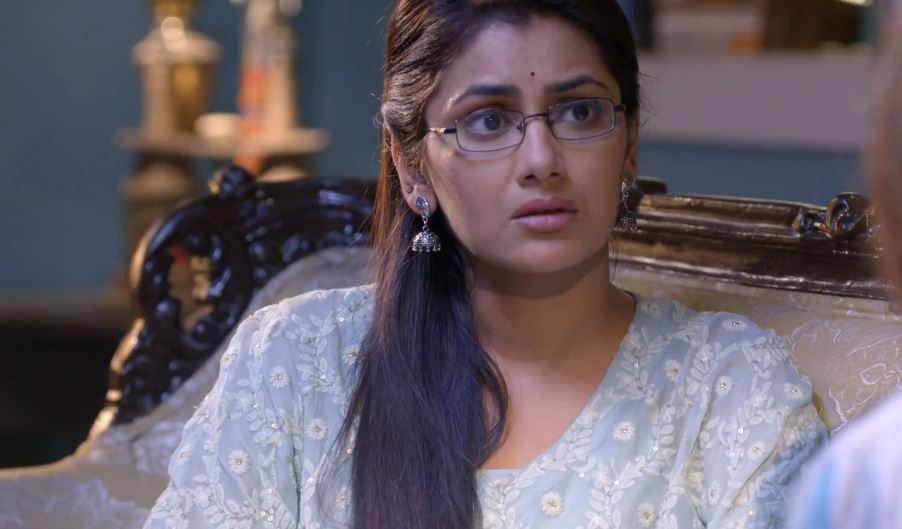 Kumkum Bhaggya Zee Snips Shakti Spoilers Pragya gets emotional and teary eyes seeing Abhi with her in her room. Ranbir tells Prachi that someone might be waiting for her at home and if she gets late then her family will be in tension. He says whatever you do, by saying truth or lying, what matters at the end is the result. In the morning, Shahana thinks Pragya is still sleeping and thinks about what is happening in the house. Rishi wakes and tries to stop her, but in vain. She thinks to ask Pragya and opens the door. She gets shocked on entering the room.

Shakti: Harak Singh comes to Preeto and asks about Heer. Preeto tells that some kidnappers have kidnapped her. Soumya and Preeto are in shock still. Saya feels bad for Heer. Heer is taken to a house by the mysterious kidnappers. She asks the goons to leave her else Preeto and Gulabo will beat them badly. The kidnapper smiles. He is none other than Maharani who has returned to take revenge from Harman and Soumya. As Harman is no more, he kidnaps Heer for revenge.

Gudiya Hamari Sab Pe Bhaari: Ruby gets worried for Gudiya hearing her screams and finally comes to Radhe, Sarla and others and tells that she had asked Gudiya to do all this, as she didn’t want to marry Suresh. She says Gudiya didn’t do anything with her wish. They all get shocked. Sarla regrets to beat her daughter rigorously which made the latter faint. Radhe says you would have thought before beating her. Jia says Sarla you are very cruel. Sarla cries badly. They all wait for Gudiya to gain consciousness.

Tujhse Hai Raabta: Rane family are about to celebrate Ravan Dahan, but Kalyani tells Malhar that Ravan will be burnt when she proves her Aai’s innocence and will bring the real Ravan (murderer) here, says even if all the world goes against her, but she won’t let anything happen to her. Malhar agrees to her condition and says if you couldn’t prove her innocence then you will get punishment for it. Kalyani agrees and walks away. Kalyani talks to Anupriya and asks her to tell what had happened on 26th July.