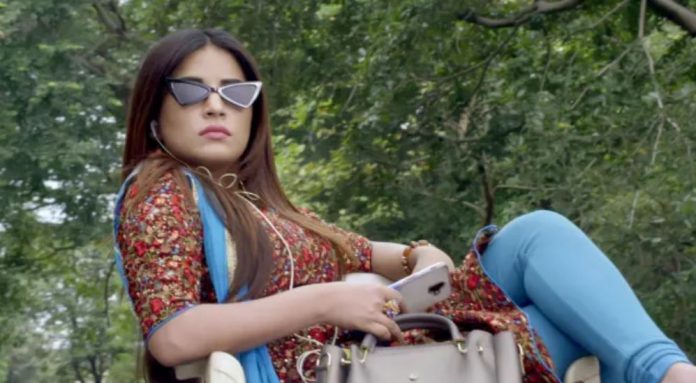 Nimki Vidhayak Ishq SubhanAllah Sufiyana Spoilers Nimki wants to help Mintu in getting his Dadi treated. Mintu doesn’t want to take her help. He wonders what will he answer Shukla. Nimki gets an idea and gets inside the truck. She thinks to take Ganga’s help. Mishra angers Parag about Nimki. Parag asks him to just handle the campaign. He isn’t stressed because of Nimki. Ganga asks them to find out her goods truck. Mintu is worried that Shukla will not leave him. Tillu tells them that Ganga was sending these goons. Mintu is angry to find Nimki inside the truck. He asks her why did she fail Shukla’s plan. She tells that she is working for Ganga.

Tunne and Mahua hear about some village girls trapping rich guys. The guys talk ill about Mahua. Tunne gets angry and bashes up the guys. Mintu cries for Dadi. He tells her that he will not leave him if anything happens to Dadi. Shukla calls Tillu and Mintu to his place. Minty gets raging. Nimki asks him to calm down and think. She promises to get Dadi treated in time. She calls Chachi to know about Dadi. Nimki tells Mintu that his Dadi is fine. Mintu gets a relief. Nimki asks the village head to distribute the goods to the villagers. She wants to make sure that everything happens right. The village head plans to steal some goods before the distribution. She has to prove her efforts to Ganga, but Mintu fails her plans in the last minute.

Ishq SubhanAllah:
Kabeer comes across a girl, who reminds him of Zara. He sees Zara in her. Her presence makes him slip into Zara’s memories. He finds solace in the past memories. Kabeer sits at the Dargah and cries for Zara. He is deeply hurt by the sudden loss. He never expected to get separated from Zara. Kabeer gets depressed. He is stuck in the moment when he lost Zara. The girl will be seen helping Kabeer overcome depression. Kabeer imagines Zara and talks to her. Zara wants Kabeer to fall in love again and move on in life.

Sufiyana Pyaar Mera:
Zaroon and Saltanat will be meeting an accident because of Rupali. Zaroon wishes that their problems come to an end. Everyone searches for Nilam. They track Nilam’s phone and finds it at Madhav’s house. Rupali tells them that Nilam has kidnapped Krish. She threatens them that she will not spare them. Madhav’s family gets into Rupali’s spell and supports her. Rupali tries to control Madhav’s senses by her black magic, but fails. She tells Madhav that she has handed over the property to him, but she still has Krish’s custody. She blackmails him. Saltanat is sure that Nilam won’t kidnap Krish. Nilam takes Krish home and exposes Rupali’s true face of evil.