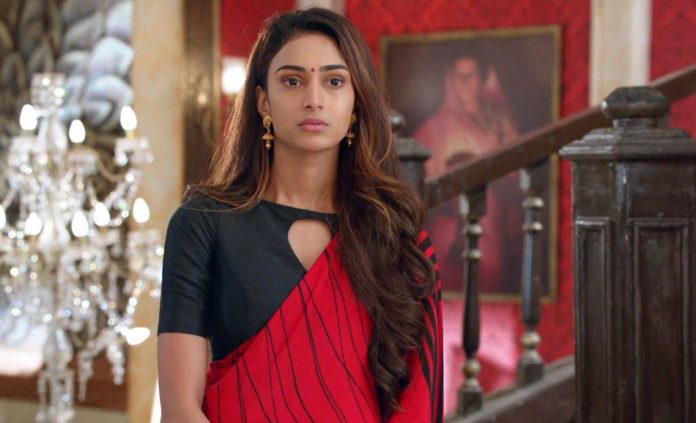 Kasauti Zindagi Unexpected twist shatters Prerna Anurag reveals the shocking news to his family that he has got married to his savior Sonalika. Komolika changes her name and identity, after getting a new face post the plastic surgery. Komolika cooks up an interesting story. Moloy reminds Anurag about his marriage with Prerna, which was happening on the same day when he got missing. Komolika tells them that Anurag is suffering from partial amnesia, hence he doesn’t remember anything happened in the last two years. She tells him that two years aren’t important than entire life. She asks them to be happy that Anurag is fine. Anurag wants to know his past.

Moloy tries to remind him about Prerna. Anurag gets few glimpses and faints down suddenly, which worries his family. Komolika wants to become Basu bahu and get all her rights back. She sheds fake tears to get sympathy of Mohini. She tells them that she is very rich and owns a hospital. She proves that she is of Mohini’s level of class. She tells them that she wanted to avoid the unwanted marriage, when she ran away, she came across Anurag at the accident site. She tells that she has saved Anurag’s life.

Mohini feels indebted to her. Nivedita asks her when did Anurag marry her, when he got conscious in the hospital. Komolika lies to them about the dramatic marriage, when Anurag took the big step to save her from her torturing dad. Komolika misleads the family. Prerna is in shock that Anurag doesn’t remember him. Komolika shows the marriage video. She reveals the attack on Anurag, which snatched his memory.

The Basus believe Komolika, unaware of her real identity. Prerna wants Anurag to get up and talk to her once. Mohini accepts Sonalika as her Bahu. She asks Prerna to leave Anurag and their family. She wants Prerna out of Basu house. Prerna refuses to leave her love and rights on Anurag. What will Prerna do to help Anurag regain his memory? Keep reading.