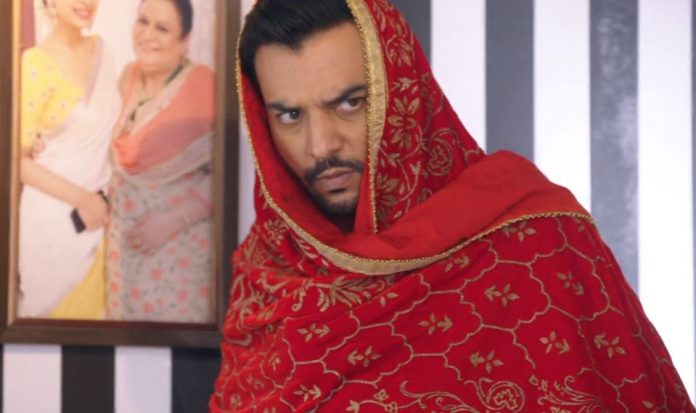 Mohabbatein Hotstar Raman weird disguise arrest Raman and Ishita quarrel over Yug’s ignorance. Raman doesn’t want Yug to hide in his Sasural like a coward and face the situation. Ishita tells him that the hidden enemy would have done this, changing the quotation isn’t a big thing. Raman tells her that Yug should still come back home and be with them. Ishita asks him to trust Yug and try to find the truth. She asks him to find the solution. She is happy that Raman loves Yug as his son. Yug tells Mani that he is sure that he hasn’t committed the mistake in the tender. Mani is ready to find the truth and prove his innocence.

Yug wants to clear his name. Sudha conducts Ruhi’s rasam for Karwachauth. She gifts Sargi to Ruhi and Karan. Ishita covers up for Yug and Aaliya’s absence. She hopes that Yug clears his mind regarding Raman. Raman is fed up by the happenings. Ishita tells Sudha that Raman and Yug got into a fight again. She doesn’t know whom to support, since they both are right on their fronts. Sudha asks her to give some time to Yug. Karan wants to meet Yug and make him realize how badly the family is missing him. Sudha doesn’t let Karan interfere in Raman and Yug’s fight. She feels matter will get worse this day.

Natasha tells Sunil her plans about employing Tara against Bhallas. She wants to join Bhallas for Karwachauth function so that she can get close to Raman/Shardul. She doesn’t keep any fast for Raman. She informs Arijit about her visit to Bhallas. She is happy to meet Raman again. Natasha and Tara reach Bhalla house. Natasha fools Tara that they are invited by Bhallas. Tara joins them, being their neighbor. Bhallas condemn Tara on seeing her with Natasha. Ishita wants Natasha out. Natasha creates a scene in front of the neighbors. Sudha manages the matter by permitting Natasha in the house.

She asks Ishita to keep Raman away from Natasha. Ishita rushes to Raman and informs about Natasha’s new drama. She asks Raman to make a leave and go to Iyer house until they deal with Natasha. Raman gets a weird disguise to make a leave from his house. Raman helps a stranger. He falls into a big trouble when police misunderstands his intentions. Raman faces the unexpected arrest. He lands in the jail, while Ishita awaits him. Arijit plans to kidnap Raman. Natasha awaits Raman for her purpose as well.