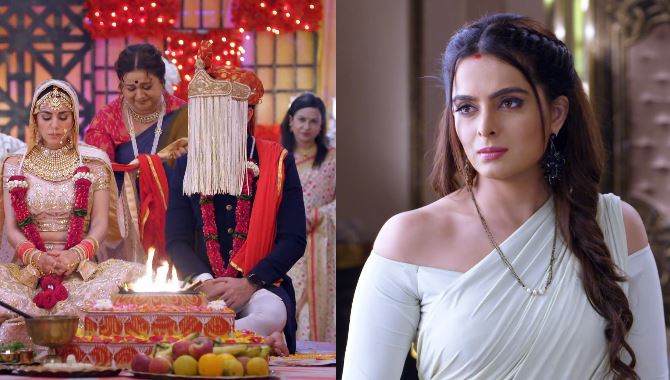 Kundali Bhagya Sufiyana Pyaar Spoiler Highlights Prithvi still wants a chance to get an acceptance in Preeta’s life and family. He targets Sarla to convince her that he can keep Preeta happy. Preeta feels Prithvi would be bad, but Karan is worse. She finds Prithvi a better person than Karan. She is much hurt that Karan cheated her. She doesn’t want to marry again. Prithvi cares for Sarla to impress her. He wants to marry Preeta. He promises to fix everything if given a chance. Mahira is ready to marry Karan. She loves Karan and finds him caring. She thinks Karan would be more loving once he falls in love with her. She dreams about Karan.

Karan and Rishabh want each other’s support. They both don’t have a happy marriage. Rishabh explains Karan that Preeta loves him. He is also struggling in his marriage with Sherlyn. Sherlyn gets the safe keys. She wants to take away the assets and leave from Luthra mansion. She asks Prithvi if he loves her and is ready to elope with her. Prithvi gives his nod to Sherlyn. Karan catches Sherlyn red-handed. Sherlyn comes up with an excuse. Sarla is ready to give another chance to Prithvi. Preeta outright refuses to marry Prithvi.

Sufiyana Pyaar Mera:
Rupali hypnotizes Indu. She finds Nilam. Nilam tries to run away. Rupali tells that she won’t spare her. Nadim and Rubina get Zaroon and Saltanat home. They ask what had happened with them. Saltanat tells them about the smoke filling inside the car. She meets Madhav and tells him that she was worried for him. Madhav tells her that he has taken Krish to Mumbai. She missed Krish a lot. Krish wants Saltanat to stay with them. Saltanat asks Madhav to unite Krish with his mother. Rupali gets happy that the family is obeying her. She wants Madhav on her side as well. Saltanat and Zaroon try to find Nilam.

They find her love letters for Madhav. They wonder if Nilam left the house or took any wrong step. Saltanat calls Nilam to find her. Sneha takes food for Nilam. Nilam asks her to help. Sneha is under Rupali’s spell. She attacks Nilam. Rupali gets ready to meet Madhav. She also hurts Nilam. She awaits Madhav. Nilam is worried that Rupali can also control Madhav’s mind. Rupali gets happy to meet Krish, her only hope to survive. Madhav isn’t ready to have any relation with Rupali. She tries to use her black magic on him.