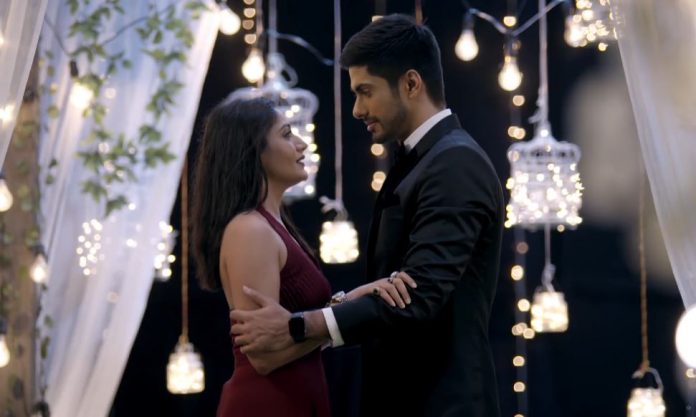 Sid gets in a dilemma. She tells him that if they both are unlucky, their negativity will strike and turn into a positive bond. She asks him to just meet her in the evening and profess love. Sid is in two minds. He is afraid of losing Ishani. Meanwhile, Shashank is worried for Anjali. He feels Vardaan is targeting Anjali to take revenge. Anjali returns to the hospital in the morning. She finds Shashank much upset. Shashank tells her that he was worried for her safety. She expected to see more of his concern.

Vardaan tells Anjali that Shashank is doubting his intentions. He wants to work out his plans before Anjali breaks up with him. Ishani makes good plans to spend the evening with Sid. Sid realizes Ishani’s true love. He wants to meet her. His thoughts and fear block his way. Sid and Ishani’s romance is seen as part of Ishani’s dream sequence. She hopes that her dream of a love confession and union turns true. Ishani wishes Sid comes once by getting rid of her fears. Sid doesn’t want to accept Ishani. He still decides to keep her away.

Yeh Jadu Hai Jinn Ka: Roshni is deeply hurt when Aman insults her badly. He angrily changes his form. Dadi calms Aman so that he doesn’t take the devil avatar. Dadi finds Parveen’s state getting worse. She calls Tabeezi home so that they can find a solution. Tabeezi finds Parveen facing death. She asks Aman to marry Ayana so that Ayana can save Parveen. Aman hates Roshni, who is just a marriage breaker. Tabeezi reminds his love for Parveen. She asks him to marry Roshni if he wants to save his mother’s life. Aman decides to marry Roshni. He is ready to control his hatred and anger. He goes to meet Roshni.

He gets a shock on finding Roshni’s pre-marriage rituals. He gets her wedding invitation card and gets Sameer’s address. He meets Sameer to request him. He asks Sameer not to marry Roshni, else his mum won’t be getting a new life. Sameer laughs on his excuse and thinks he is just Roshni’s lover. He kicks out Aman. Aman learns that Sameer is married and cheating Roshni. He rushes to tell the truth to Roshni.

Salma intervenes and lies to Aman that Roshni knows the truth. She tells that Sameer will leave his first wife and keep Roshni happy. She also reveals that Sameer is paying a big amount to get Roshni. Aman feels more hatred for Roshni, who is greedy for money and doesn’t value relations. He gets a big misunderstanding in mind. Tabeezi gives him a time frame to marry Roshni and get her home. Aman gets determined to compel Roshni for marriage and save his mother’s life.