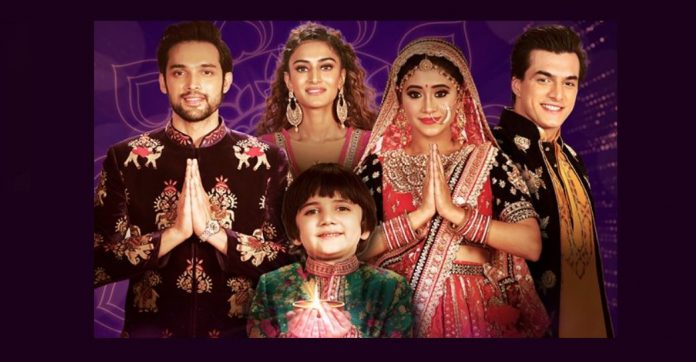 Star Plus Biggest Shows 2 Prime Hits Spoilers Kartik asks Naira to get Kairav home on time. Naksh tells them that everything will be well. Naira asks Kartik to go home soon. Kartik tells her that he isn’t in any hurry to go home. She tells him that his family would be waiting. He asks her not to remind his duties towards Vedika. He tells that Vedika isn’t at home, and she isn’t waiting for him. She tells him that she didn’t say anything, he is thinking of it himself. She stops him from his over excitement. She doesn’t want to taunt him. He tells her that when Kairav comes home, she should inform him about the party.

He hugs her and thanks. He asks her does she know why he is thanking her. She knows it all that he is so happy to share the birthday with Kairav. He is thankful that she has undergone the long hours of labor and gave birth to Kairav by opting for a normal delivery, which got Kairav’s birthday same on his birth date. He expresses his happiness to celebrate his birthday with his son’s birthday. The coincidence makes him go crazy. He wants double celebrations at home. Kartik is very close to his son. He had scolded Kairav on Dussehra day. He couldn’t talk to Kairav. He hopes to convince him. Kairav doesn’t show up when Kartik plans the surprise birthday bash. He isolates himself when he is angry on Kartik.

Yeh Rishtey Hai Pyar Ke: Kunal surprises Kuhu by coming to Singhania house for breaking Kuhu’s Karwachauth house. Kuhu gets glad that Abir has kept his word and sent Kunal. She wants Abir and Mishti to get together. Kuhu performs the Karwachauth rituals with Kunal, just like Varsha and Shaurya. She is glad that Kunal kept her respect in her Maayka by behaving well. Kuhu and Kunal cut their anniversary cake. Maheshwaris are mistaken of their cordial terms.

They don’t know the truth hidden behind the fake smiles. Kunal is gradually changing. He promises Rajshri that he would take care of Kuhu. He feels losing his happiness and also ruining Kuhu’s life for Meenakshi’s hatred towards Mishti, which actually resolved now. He finds Meenakshi supporting Mishti lately. He doesn’t think he should hit on his own leg when his family is thinking of themselves. Meenakshi blesses Kuhu to have a wonderful married life. She feels sorry to bring bitterness in Kunal’s life. She knows Kuhu can keep Kunal happy and win his heart.