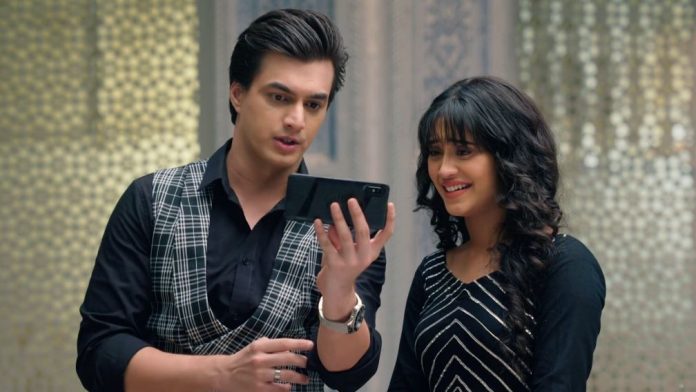 Yeh Rishta StarPlus Shocking twists knocking Naksh informs Suwarna about Naira looking for a job to have financial independence. Suwarna informs Goenkas about Naira’s move. Goenkas doesn’t agree for this. They think Naira should pay attention to Kairav’s upbringing and not hurry the job. They feel they all can support Naira financially, she doesn’t need to join any job. They think Kartik and Naira got separated because of her job. They get against it. Kartik supports Naira’s decision. He tells them that it was his mistake to doubt Naira and Mihir, if his perception was right, this would have not happened with them. He has learnt from his mistake. He doesn’t want himself or anyone else to repeat the mistake.

He doesn’t want Naira to lose confidence. He is angry on himself for ruining his lovely relation. He tells Goenkas that he will take up Kairav’s responsibility when Naira is away for work. He thinks it will be good if he gets more chances to spend time with Kairav. He wants Naira to be independent again. He convinces Goenkas. He rushes to meet Kairav. He wants to spend the day with him. Kairav avoids him and goes out with Naksh. Kartik asks Singhanias if Kairav knew about his coming. He wonders how did Kairav go away when he was aware of their plans. He doesn’t think much and occupies himself with cute play list. He awaits his son. He plans some games and surprises for Kairav. He wants to cheer up Kairav before the birthday surprise.

Kartik waits for long, while Naksh gets informed about his arrival at home. Naksh wants to take Kairav home. Kairav gets adamant to not go home. He insists Naksh to take him to the sports ground. Naksh wonders why doesn’t Kairav want to go home. Kairav hides his annoying anger from Naksh. Naksh thinks Kairav is just being moody. Kartik gets upset when Kairav doesn’t return soon. Naira finishes her interview. On coming home, she meets Kartik. He tells her that Naksh could have got Kairav home soon. Naira tells him that Naksh will soon get Kairav. She tells about refusing to the job, because of the time constraints.

He offers her a job. He asks her to join Akshara dance academy again as the creative head. Naira recalls the times when she worked hard for the academy. She is grateful to him for returning her dreams again. Naksh brings Kairav home. Kairav finds Naira emotional. He assumes that Kartik was scolding Naira and making her cry again. He gets angered on Kartik. He gets silent and avoids Kartik. Kairav prefers to stay with Naira. She tells Kartik that Kairav has mood swings. Kartik wants to prepare snacks for Kairav. Kairav doesn’t want anything prepared by him. He asks Naira to make food for him. Kartik and Kairav’s pictures come dull. Kairav doesn’t smile at all.

Kartik finds Kairav not responding to him. He senses his annoyance. Naira tells him that kids are moody at times, there isn’t anything to worry. Kairav doesn’t want to celebrate his birthday with Kartik. He gets a wrong image of Kartik in mind. He feels Kartik is a bad person. He doesn’t want to spend time with a bad person. He gets the photos developed. He destroys the photos. Kartik and Naira look for Kairav. They are very excited. They learn that Kairav has gone out again.

Kartik wants to know why isn’t Kairav spending time with him. Naira asks Kartik to go home. Kartik doesn’t want to go for Vedika, who isn’t at home. She asks him to at least go and plan the birthday arrangements. Their close moments remind the the past. Kartik hugs her to thank for making the miracle possible. He feels its really a miracle that he is sharing his birthday with his son. Naira wishes Kartik and Kairav’s happiness is retained. Kairav cries missing his loving dad. He doesn’t want angry dad. He wants to avoid the birthday celebrations. Kartik gets close to sense Kairav’s annoyance.