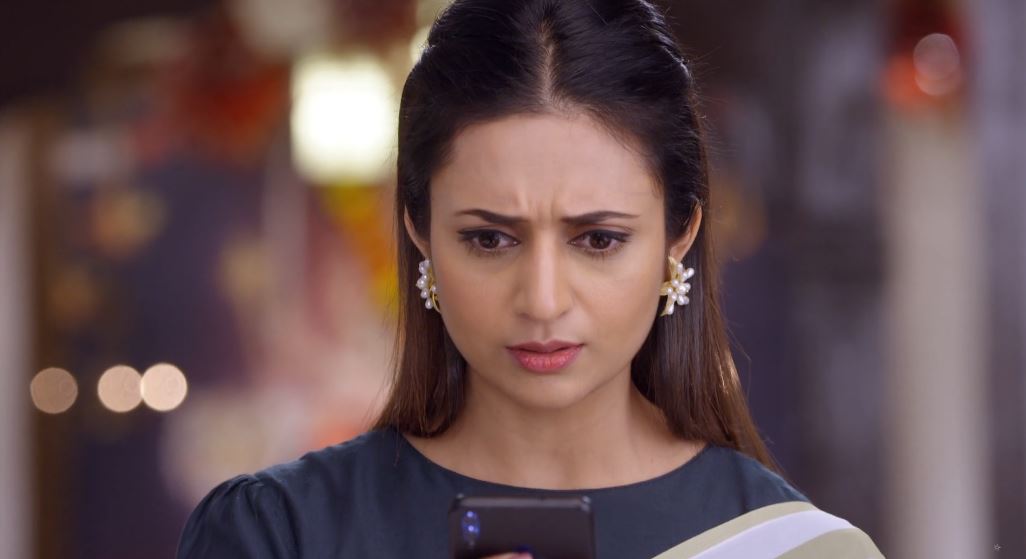 Mohabbatein Ishita suspects the secret enemy Raman is arrested in the accident case of nurse Thea’s father. Raman hopes to connect to his family. Ishita is deeply worried for Raman. She wants to reach him some how. She fails to get through. She doesn’t want to sit back at home. She gets restless. She wants to know about his whereabouts. She takes the children along and searches for Raman. Ruhi and Karan accompany her. Ishita misses Yug in such times. Bhallas are upset that their festivities never go peaceful. They pray that Raman stays fine. On the other hand, Mani breaks his fast and misses Shagun. He gets into a sweet conversation with Shagun. He doesn’t tell Shagun about Aaliya’s problem. He tries to convince Aaliya to return to Bhalla house.

He tells her that Raman isn’t wrong and they need to apologize to him. They get a shocking call and learn that Raman is missing. They inform Yug. They worriedly try to find Raman. Ishita gets Raman’s phone on the roadside. She suspects that something wrong has occurred. Karan suggests that they should file the missing complaint. The police doesn’t take their FIR so soon. Ishita finds Raman at the police station. Raman reveals about getting arrested in the accident case. She knows he isn’t behind the accident. She pleads his innocence. Inspector decides to take the victim’s statement and then release Raman if he isn’t involved. Raman and Bhallas accompany the police to the hospital.

Natasha gets angered on Arijit for not keeping his promise. She threatens him further. She is getting mad that she couldn’t get Raman on Karwachauth. She tells how Ishita has failed her plans. She asks him to kidnap Raman as soon as possible, else she will be exposing his revenge truth to Bhallas. She asks him to think of the dire consequences. Arijit gets helpless. He buys some time. He asks her not to reveal any of his crimes to Bhallas. Arijit learns about the accident of Thea’s dad. Thea wants to meet her dad. Arijit asks her not to leave Neeti alone. He tells her that he will take care of everything. He asks Bhuvan to find out the matter and try to sort it.

Bhuvan gets interrupted by the police. He informs Arijit that police just wants Thea, victim’s daughter. He gets nervous on talking to policemen. He asks Arijit to come himself and handle the matter. Arijit soon learns that Raman is involved in the accident case. He doesn’t want Thea’s connection to get know. The victim clears Raman’s name from the accident. Raman gets freed from the police. Raman cares for the victim. Bhallas wait for Raman to take him home. Bhallas’ presence creates a hurdle for Arijit. Arijit wants to hide Thea from Bhallas. He makes a plan to get an imposter in Thea’s place. Ishita cleverly analyses the situation and feels someone is still fooling them.