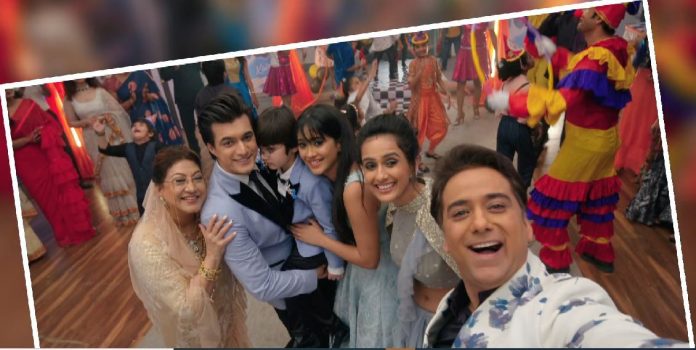 Yeh Rishta Kartik Mega Surprise Kairav rebels Kairav is much hurt by his parents’ fights. He visualizes them fighting again. He gets much sorrowful. He wants to fall ill to avoid the birthday celebrations with Kartik. He has begun developing ill thoughts for Kartik. The misunderstandings makes place in his heart. Devyaani worries on finding him completely drenched. She rushes him home to look after him. Elsewhere, Kartik is much happy and excited. He wants Kairav’s birthday to be the best one. He plans everything unique and unseen. Manish gets emotional on seeing his excitement. He slips back in old memories. He recalls the times when he used to plan Kartik’s birthday.

He wants his son’s birthday to be celebrated well as well. He finds Kartik forgetting about his birthday and reminds him. Kartik apologizes to him. He promises to make the event a wonderful one. Kartik unites with his family. He wants them to celebrate his son’s birthday. Dadi tells that they will also celebrate Kartik’s birthday. She feels Kartik is getting madly happy. Kartik can’t help than expressing his happiness. Meanwhile, Naira gets worried that Kairav may fall ill. She doesn’t want Kartik to get upset on his birthday. She thinks of her rights on Kartik. She feels she has no right to gift anything to him, she is just Kairav’s mom.

She changes her decision when she gets a sign from fate. She thinks to gift Kartik. She knows her limits. Kartik feels his happiness can catch his own bad sight. Manish informs him that the family is ready. Goenkas rush to meet Kairav at Singhania house to surprise him and wish him on his birthday. They await Kairav. Kartik turns upset when Naira doesn’t get Kairav. He gets worried for his son. Naira tells him that she has tried a lot to wake up Kairav. Kairav feels sorry to pretend and avoid Kartik. He is angry on his father for the misbehavior. Naira finds Kartik upset.

She tells him that she will get Kairav to him. She makes a promise. She reminds Kartik that its his birthday as well. She wishes him happily. Kartik gets wishes from family. Manish feels they should leave now, when Kairav isn’t with them. Kartik asks Naira to just get Kairav with her. They get into an awkward moment and avoid the hug, when she wishes him again. They realize that their relation has changed a lot, they aren’t a couple, but just a child’s parents. They feel heart ache by recalling their lovely moments of their old times. Kartik and Naira yearn for each other. They have unspoken feelings in heart.

Later, Naira wishes Kairav on his birthday. Kairav likes her wishes and gifts. She tells him that Kartik came to wish him at night and wants him home now. Kairav acts sleepy. He refuses to go to Kartik’s place. She just wants to be with Naira. Kartik asks the family to rush and get ready to welcome Kairav. He wants everything to be perfect. Singhanias try to convince Kairav since his birthday is special. Naira fears to tell Kartik that Kairav isn’t coming. She tells them that Kartik would get angry. Kairav fears that Naira will bear his anger again. He tells her that he won’t let Kartik scold her again. She doesn’t understand his words. She replies Kartik that they are coming soon. Kairav gets ready unwillingly.

Naira wants to look her best. She feels she used to deck up for Kartik, but now he isn’t in her life. She doesn’t want to dress up to mesmerize Kartik, which will be wrong. She keeps her plain looks for the party. She keeps her promise towards Vedika. Everyone stays happy in Goenka house when they welcome Kairav. Kairav stays away from Kartik. He doesn’t give a moment to Kartik to hug. Kartik and Naira sense something is wrong that Kairav doesn’t appear happy. 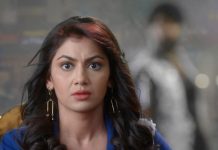