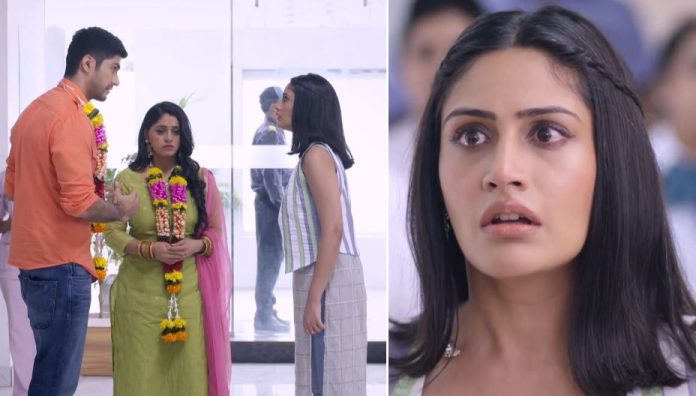 Sanjivani 2 Shocked Ishani Sid marries Asha Ishani waits for Sid for long hours. She gets drunk and shatters with the thought that she couldn’t win his love and trust. She wanted Sid to meet her once and talk of their possible future. She is depressed that Sid didn’t find her worthy enough to at least clarify about his feelings. She recalls the time when Sid was drunk and confessed his love. She wanted to hear it from him once again. With big hopes dying down, Ishani feels broken. She thinks to confront Sid at Sanjivani. She doesn’t know what shocker is awaiting her at Sanjivani.

She finds Sid happily distributing the sweets to everyone and announcing a big news. He announces his marriage with his colleague Asha. He tells Ishani that he has married Asha. Ishani can’t believe this. She feels Sid is fooling her. Asha accepts that she is married to Sid. Shashank, Vardaan and Juhi are also in shock watching Sid and Ishani’s love rejection drama. Sid finds Ishani not accepting the drama. He tells Ishani that she should focus on work, than running after him. He gets bitter tongued and speaks humiliating words to break her heart.

He is sure that Ishani will now believe him. Ishani loses her cool and slaps him. She tells him that he will regret for this day. She is sure that Sid is playing some drama intentionally. Neil and Rahil are also disturbed. Neil blames Rahil at first, since Rahil is Sid’s best friend. Rahil clarifies that he wasn’t known of this happening. They meet Asha and try to get an answer from her. Neil scolds Asha for backstabbing Ishani and her innocent love.

He asks her how could she snatch Sid from Ishani. Sid defends his newly wedded wife Asha. He doesn’t let anyone question him. Ishani confronts them for their unplanned love story and marriage. She wants to catch their lie and counter them. Sid doesn’t prefer to answer anything.