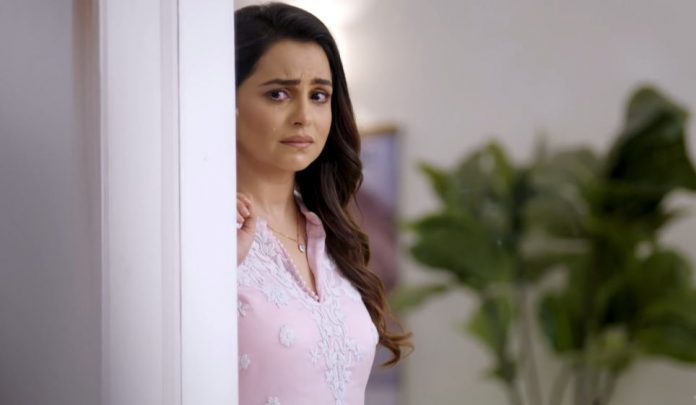 Sanjivani Juhi Shocking past truth revealed Ishani shatters with Sid’s deceive. She doesn’t understand what Sid and Asha have done this with her. She regarded both of them as her good friends. She wants their answer. She doesn’t want them to get away with the fraud. She tells Juhi that she won’t be able to work until she gets her answers from Sid and Asha. Juhi understands how it feels when person doesn’t get their answers about love. She lets Ishani go. Ishani runs to meet Sid. She finds Sid and Asha acting close. She confronts them about their sudden love story. She asks how did they fall in love overnight. Sid doesn’t want to answer her. He asks Asha to assist him in a case.

Ishani doesn’t want to give up on Sid. She wants his love. She feels she deserves an answer. Anjali doesn’t like the love triangle drama. Vardaan makes her check the old case file, where the patient died post surgery performed by Juhi. He makes her realize that Shashank has took the blame on himself to save Juhi’s career. Anjali feels she has to confront Shashank for this. Vardaan wants Shashank and Anjali’s relation to worsen. Ishani wants Asha to answer her. Asha gets speechless. Sid tells Ishani that he has to take Asha home for the post marriage rituals.

He asks her not to pose hurdles and understand their time needs. Ishani feels hurt. Sid promises to answer her soon. He feels she deserves to know the reason for his move. Sid takes Asha home and introduces her as his wife. This gets shocking for his family, who unwilling accept Asha. Meanwhile, Vardaan tricks Juhi and sends her to Shashank to know the truth. Anjali confronts Shashank about saving Juhi’s career by mending facts. Shashank wanted to help Juhi.

Juhi learns that she had indeed made the blunder in the surgery, and Shashank saved her from the blames. She recalls that the patient was alive post surgery. She suspects someone’s involvement in the patient’s death mystery. Juhi expected Shashank to be true to her. She feels guilty for misunderstanding Shashank. Shashank didn’t wish Juhi to blame herself for the patient’s death. The patient was Vardaan’s sister, who supposedly died because of Juhi’s negligence. Vardaan wants revenge on Shashank and Juhi. Sid and Ishani attend the suicide case patient. Ishani gets bitter thoughts on love. Sid gets moved on hearing her. Ishani gets upset over Sid and Asha’s big deceive and distances them form heart.