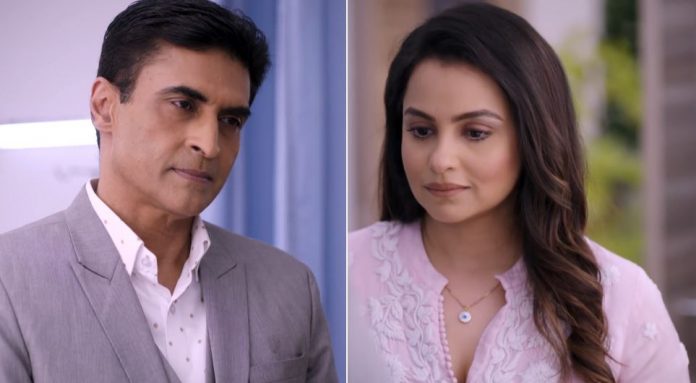 Sanjivani 2 Shashank expects love Ishani learns big truth Ishani feels love is nothing less than a suicide. Sid gets hurt. He has troubled Ishani by rejecting her love. He feels sorry to put her in painful situation. He wants to tell her the reason for marrying Asha. He doesn’t want Ishani to commit suicide or hurt herself. He fears that she may end up hurting herself. He tells Asha that he wants to reveal the marriage truth to Ishani. Asha reminds his promise and stops him from meeting Ishani. She doesn’t want Sid to make things tough for her. Juhi feels thankful to Shashank for saving her career by taking the wrong blames on himself.

Shashank tells her that he didn’t wish her to face troubles so early in her career. She knows he loves her. Shashank expects an answer from her. He reminds her that he is still waiting to know her feelings. Juhi gets speechless. Ishani and Asha get into an unwanted argument. Ishani is too hurt by Asha’s deceive. She wants to know why Asha cheated her, knowing she loves Sid so much. On the other hand, Rishabh asks Sid if he is done with Ishani. He tells that he would like to date Ishani when she has become so vulnerable emotionally. He is sure to win her heart when she is heartbroken because of Sid.

He angers Sid telling him the dirty plans of winning Ishani. Sid controls his anger. He knows Rishabh is provoking him by his cheap talks. He asks Rishabh to do anything with Ishani as it suits him. He tells that he doesn’t care for Ishani. Ishani is much hurt on hearing Sid. She is thankful to learn a life’s lesson. She feels love is really nonsense. She gets into an argument with Asha again, which leads to Asha’s collapsing moment.

Asha’s state gets diagnosed by Ishani. Sid gets informed about Asha. He rushes to help her, while Ishani learns about Asha’s pregnancy. She asks Asha if she was aware of the pregnancy and if Sid is the baby’s father. She asks Sid if he has fathered the baby. Sid and Asha accept to be baby’s parents. Ishani feels shattered with Sid’s deceive. She learns that Sid has married Asha to give a baby to their baby. She can’t believe their affair. Sid promises to protect Asha and her baby. He makes a love sacrifice to save Asha from her insult and family’s wrath. Will Ishani learn the truth of Sid’s huge sacrifice? Keep reading.